05/11/2020 - British director Marc Price marries the lo-fi aesthetic of Roger Corman with a fast pace and several twists which, while not very original, keep our attention

From Ripley in Alien to Sarah in Terminator and more recently Rey in Star Wars, science fiction has given its passionate audience many heroines. The one in Dune Drifter [+see also:
trailer
film profile], playing in official selection at the 2020 Trieste Science+Fiction Festival, is called Adler (Phoebe Sparrow, Downton Abbey) and is the gunner of the space combat ship Gray 6, in the unit Gemini, from the squadron Dune (a clear homage to Frank Herbert and David Lynch). Having crashed, together with the pilot Yaren (Daisy Aitkens), on the desert planet Erebus, Adler will have to face, like many of the female colleagues who have preceded her, the alien on duty, in this case a mutated human (Simon Dwyer-Thomas).

British writer-director Marc Price made his name in 2008 with Colin, known as the ‘£45/$70 zombie film’ due to its low budget, and described by Martin Scorsese as “wild, with an energy that takes the idea of zombies to another level”. With Dune Drifter, the director plunges us into deep space from the very start, in the middle of a naval battle (David Ross' models were filmed in his living room). The Dune squadron has in fact been sent to fight against enemy cruisers to end the war and conquer the planet Erebus. The evil Drekks have wiped out all of Europe, New York, Istanbul and Quebec in just a few moves (peculiar choices of strategic targets!) and they are now hitting squadron ships, roasting their crews like flies. Gray 6 is hit and crashes into Erebus, where the external atmosphere is insufficient for survival (this is in fact Iceland, where the crew filmed in just seven days). Yaren is seriously injured and Adler must restart the spaceship, which has a damaged plasma coil. The only solution is to replace it with another from an enemy ship which has crashed just a few miles away.

The film’s low budget can be noticed in its details, but Marc Price embraces a lo-fi aesthetic reminiscent of Roger Corman. The photography is by Noel Darcy while the film was edited by the director, who used projections and backdrops rather than green screen, and thus avoided a lot of post-production work.

Price has injected into the film a fast pace and various twists which, while certainly not very original, unfold in a way that keeps a hold on the viewer's attention. And then there is Phoebe Sparrow, very combative, her face always enclosed in the visor of the space helmet, and who in the space of just a few minutes conquers our hearts and fits fully into the Grrrl Power squadron. Finding the secret to defeating the bad guys and saving the world isn’t a job for everyone.

British director Marc Price marries the lo-fi aesthetic of Roger Corman with a fast pace and several twists which, while not very original, keep our attention 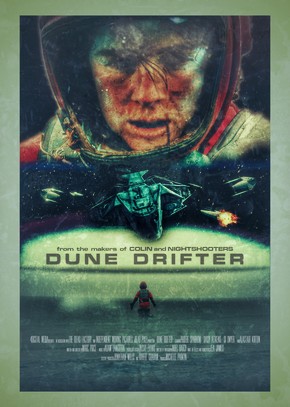 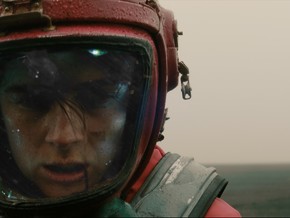