The Saint of the Impossible, the first feature-length film by Swiss director Marc Wilkins, presented in world premiere (in digital form) at the São Paulo International Film Festival (22 October - 4 November), is based on a novel by multi-award-winning Dutch writer Arnon Grunberg. Since his first short-film Hotel Pennsylvania, which was presented in world premiere at the 2012 Clermont-Ferrand Short Film Festival, Marc Wilkins has been interested in the daily life of immigrants who have landed on the certainly not always welcoming US soil. This time, he approaches a family of Peruvians seduced by the American dream.

The trio of protagonists of The Saint of the Impossible is Raffaella, a mother in her 30s (interpreted by Magaly Solier, a Peruvian actress mostly known for her role in the film The Milk of Sorrow [+see also:
film review
trailer
film profile] by Claudia Llosa) and her two teenage sons, Tito and Paul. They manage, for better or worse, to get by between precarious jobs and language courses open to those who, like them, are looking to come closer to an American dream that seems forbidden to them. Raffaella, who doesn’t lose her grit despite the daily fatigue, meets a writer in the fast food where she works, a certainly ambiguous but apparently inoffensive man called Ewald. Although he seems genuinely interested in the little family, very soon Raffaella finds herself once again overwhelmed by the events. Certain that his idea could have phenomenal success, Ewald convinces her to leave her job to start a Mexican takeaway business centred on burritos (and this despite the fact that Raffaella isn’t Mexican, in a racist amalgam that’s now perceived as banal). This homemade and illegal business risks bringing the family out in the open and getting them expelled from the North American territory.

In parallel with Raffaella’s misadventures, who despite everything never poses as a victim and manages to fight against the system with the few weapons at her disposal, we follow the adventures of Tito and Paul (played by Adriano and Marcelo Durand). The two brothers, whose naivety sometimes leaves us bewildered, fall for a fascinating Croatian girl (Kristin, played by Tara Thaller) who takes part in the same English courses as them and who they discover is involved in unclear sexual trafficking. This infatuation turns fatal when Kritin commits murder and the police goes back to the brothers who are then unscrupulously sent back to Peru. Despite the high number of tragic events it stages, The Saint of the Impossible always remains wrapped in a “bon enfant” atmosphere, which sometimes leaves us perplexed, so used are we to strong images on the verge of the unbearable. This unusual way of proceeding is explained through the director’s desire to never fall into some kind of snobbish miserabilism: “I don’t want the audience to feel sorry for the characters, because pity usually implies an attitude of superiority. I want the audience to admire these immigrants, cheer them on and be touched by them, but from an egalitarian point of view.” Although the candor that surrounds the film can be annoying, the magic it gives off seems to fit the characters perfectly, lost in a world whose dangers they don’t seem to fully measure.

The Saint of the Impossible is produced by Dschoint Ventschr Filmproduktion, which also handles international sales, by SRF Schweizer Radio und Fernsehen and Teleclub AG.

more about: The Saint of the Impossible 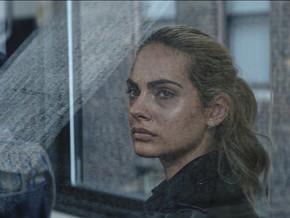 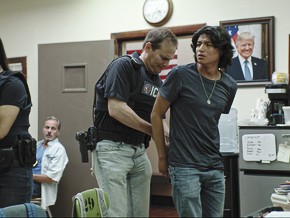 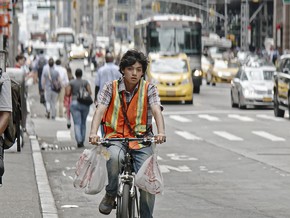 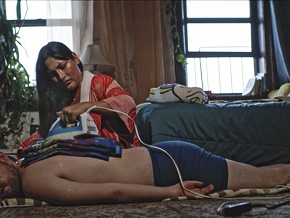 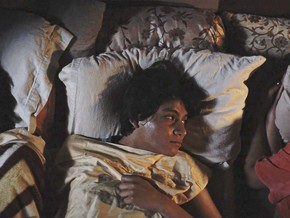