06/11/2020 - Danish director Barbara Topsøe-Rothenborg sets her over-60 comedy in Italy, a story of friendship and solidarity between mature women. A special event at the 21st Lecce European Film Festival

It is never too late to start a new life, especially if you know how to make a good tomato sauce and have some good friends to help you face up to the “crap” that is old age. It is a hymn to the strength of women and to the cry of “catch the moment!”, set to the rhythm of Funiculì funiculà, that Danish director Barbara Topsøe-Rothenborg creates in her comedy The Food Club [+see also:
trailer
film profile], presented as a special event at the 21st Lecce European Film Festival (in an online version from 31 October to 7 November). The fact that the film takes place in Puglia and that Funiculì funiculà is a classic of Neapolitan music doesn’t matter: coming from cold Denmark, the film's three mature characters will question themselves and find new stimuli — both the existential kind and for their palates — in postcard-worthy Southern Italy, a warm and reassuring place full of fascinating men, trulli and orecchiette with turnip tops.

Halfway between an over-60 Sex and the City and an Eat Pray Love times three, The Food Club begins on Christmas Eve, when Marie (Kirsten Olesen), after having celebrated with her beautiful children and nephews, finds out that her husband (Peter Hesse Overgaard) has another woman and wants a divorce. Desperate, she wonders what will become of her life. But above all, what will she do with this Italian cuisine tasting course for two just received as a present from her children? After summoning her girlfriends from her youth, the inconsolable widow Vanja (Kirsten Lehfeldt) and the liberated and independent Berling (Stina Ekblad), the decision is taken quickly: to add a seat at the table and go together in the direction of beautiful Puglia.

Once arrived at the farmhouse in the countryside that hosts them together with three other compatriots, the days of the three women will be marked by the various daily menus, the walks between the olive groves and the savory dinners washed down with red wine. Nevertheless, Marie can’t think of anything other than her husband and how to win him back, even with sexy pictures posted on social media; Vanja doesn’t manage to let herself go with a man who isn’t her beloved spouse, even though he has been dead for a while; and Berling continues to think only of herself and to refuse the passing of time. But at the end of the five days, needless to say, the three friends will not be the same.

Between a mugging on the street, a religious procession and a lot of ‘60s Italian music, The Food Club is a new pleasant piece to add to the string of comedies with mature characters rediscovering life. Everything seems to be already written from the beginning, and yet the director and her screenwriter Anne-Marie Olesen Thinghuus know how to flavour the whole film with a bittersweet and sincere look at old age, and in the end portray, through the adventures of these three grown women who find their strength in their union, a beautiful alternative of life.

The Food Club, whose cast also includes Troels Lyby, Mia Lyhne and Michele Venitucci, is produced by Danish company Nepenthe Film and the Italian Lume, with support from the Apulia Film Commision. International sales are handled by LevelK.

more about: The Food Club

The thriller, produced by SF Studios, is based on the novel Kærlighed for voksne by Anna Ekberg

Danish director Barbara Topsøe-Rothenborg sets her over-60 comedy in Italy, a story of friendship and solidarity between mature women. A special event at the 21st Lecce European Film Festival 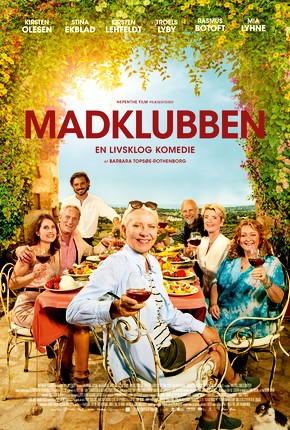 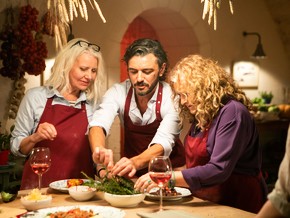