10/11/2020 - Bojena Horackova looks back on a love affair riddled with difficult choices between two youngsters living in Lithuania in 1989, a country caught in the middle, just before the fall of the Berlin Wall

"Lithuania, my country! You are as good health; How much one should prize you, he only can tell Who has lost you. Your beauty and splendour I view And describe here today, for I long after you." Taken from the poem Pan Tadeusz by Polish poet Adam Mickiewicz, these verses set the perfect tone for new work Walden [+see also:
trailer
film profile] by Bojena Horackova, a European filmmaker without borders who was born in Bulgaria and who lived in Czechoslovakia before finally settling in Paris. And it’s a nostalgic return to Eastern Europe - in this case, Lithuania, a few months before the fall of the Berlin Wall - that the director portrays by way of a love story between two youngsters who are trapped in the net of historical circumstance. Awarded Cannes 2020’s ACID selection label and subsequently selected for a Secret Screening in Locarno, the film has just taken a bow in the New Waves section of the 17th Seville Film Festival.

"There is no future. There is only the present." For Paulius (Laurynas Jurgelis), there can be no hope of change in Vilnius, in these early days of 1989, save for the dream of exile in Germany. This young man, who lives hemmed in with his parents and grandmother in a small apartment, has abandoned his studies in order to stake his place in the foreign currency black market unfurling on hotel doorsteps. When pretty girl Jana (Ina Marija Bartaite) - who’s top of her class in the final year of high school and whose father is a doctor in a hospital - meets Paulius, she holds the opposite view that things are actually on the up in their country and circulates banned copies of Ričardas Gavelis’ novel Vilnius Poker. Introduced to one another by their friend Lukas (Mantas Janciauskas), a romance blossoms between these two dissimilar characters, in an environment rife with certain complications (elusive intimacy, police state surveillance, escapades in the wild). But the more risks Jana takes in the name of her love for Paulius, the more their prospects for the future diverge, because while it might be easy for the former to obtain a visa for Paris, this really isn’t the case for her lover whose underlying motives turn out to be rather muddled, as made clear by Lukas : "at the beginning, I thought our schemes were a way of entering into politics, but then I realised that, actually, all we were doing was trafficking."

Unfolding in the form of a flash-back as Jana (Fabienne Babe) returns to Lithuania many years later, journeying in the company of Polish man Jakub (Andrzej Chyra) and following in the footsteps of her former love, Walden unfurls around the idea that "the saddest thing is to see people who once lived their lives in hope of a better future and, now that that future has come, they’re looking to find hope in the past". It’s a somewhat nostalgic backwards glance (scripted by the director alongside Marc Cholodenko and Julien Theves) which is rendered impeccably (with a special mention going to Eitvydas Doskus and Agnès Godard at the helm of the film’s photography) and which lends pride of place to a certain sense of lost innocence and the inalterable intensity of hidden, personal memories, the whole infused with flavour thanks to the charm of Horackova’s young actors and her wonderful portrayal of the atmosphere of the age.

Walden is produced by Cécile Vacheret on behalf of Sedna Films (who are also selling the film worldwide) in co-production with Tremora, Studija Kinema and Le Fresnoy.

Bojena Horackova looks back on a love affair riddled with difficult choices between two youngsters living in Lithuania in 1989, a country caught in the middle, just before the fall of the Berlin Wall 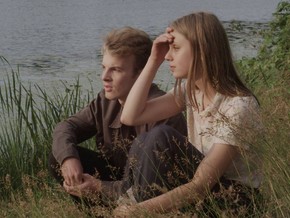 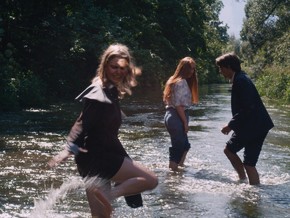 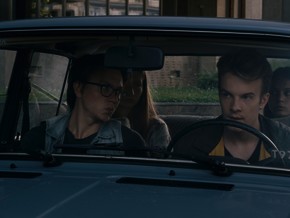 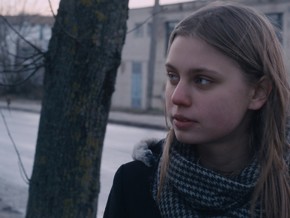 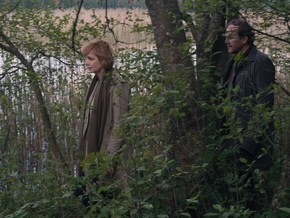