16/11/2020 - Veiko Õunpuu’s new film, Estonia’s submission for the 2021 Oscars, is a modern Lapland-set western rich in testosterone where capitalism clashes with ecology, dreams with reality

Elmer Bäck and Pääru Oja in The Last Ones

“As soon as you're born they make you feel small / By giving you no time instead of it all / 'Til the pain is so big you feel nothing at all.” Sung at the local bar, a sinister tavern where miners get drunk surrounded by the gigantic natural expanses of Lapland, John Lennon’s Working Class Hero sets the troubled tone for Veiko Õunpuu’s The Last Ones [+see also:
trailer
film profile], which had its international premiere in the Baltic Competition section of the 24th Tallinn Black Nights Film Festival and was selected as Estonia’s submission for the 2021 Oscars. In setting his camera in Finnish land, the director of Autumn Ball [+see also:
trailer
film profile] (Orizzonti prize winner in Venice in 2007), The Temptation of St. Tony [+see also:
film review
trailer
film profile] (in competition in Sundance and Rotterdam in 2010) as well as Free Range [+see also:
film review
trailer
film profile] (Berlinale Forum 2014) has found a territory fit for the rugged exploration of a topic close to his heart: the grey areas of Good and Evil.

“We can dig a little more and we will dig.” Owner of a mine that is falling apart, Kari (the charismatic Tommi Korpela) commands the days and nights of his workers, who he secretly supplies with drugs so that their drunken evenings and their dreams of faraway places can help them forget a little about the bitterness of their existence, the narrowness of their mobile homes, the dangerous tunnels filling with water. However, at surface level, a completely different way of life subsists, that of the reindeer breeders, a small community struggling to make ends meet and progressively disappearing, its last members gathering around campfires while the explosions from the mine echoe in the distance (“the world is becoming a strange place”).

Between these two universes is Rupi (Pääru Oja), worker at the mine and dealer for Kari, who uses him (“do you want to rise up or do you want to fall down to the side like the others in their own shit?”) to retrieve pieces of land which Rupi’s aging father refuses to sell. A shrewd leader of men (ready to sacrifice the lives of others without scrupules), an alpha male and a perverse manipulator who alternates between corrupting seduction and humiliating violence, Kari (who is secretly planning to sell the mine to Chinese buyers) has another target in his sights: Riitta (Laura Birn), a beautiful girl who lives with former rock musician Lietmanen (Elmer Bäck).  Dreaming of escaping from her everyday life as a cleaning lady, she has also caught the eye of Rupi. A time for life-changing choices is coming for the latter, as events soon escalate…

Playing with strong contrasts between a majestic landscape of tundra and mountains, and the mediocre and almost hellish life in the savage capitalism of mining, The Last Ones paints a brutal portrait of the other side of the Lapland dream, very far from the touristic cliches of snowmobile and canoe adventures. Using the codes of the western, with its cunning, corrupted and secretly cruel villain, its coquettish saloon girl, its outcast “natives”, its smuggling, and its quiet hero/antihero (at the heart of local contradictions) driving around on his motorcycle, the film relies on the atmosphere of a decadent society in a faraway outpost of civilization to create a dusky and ferocious moral tale dotted with explosions, very manly words of advice (“seven chunks of raw celery in the morning, followed by five minutes of icy water on the testicles: your testosterone levels will rise naturally”), and invitations to “get the rubble out of the well” in the hope of being born again.

more about: The Last Ones

Despite this year's atypical situation, European countries are starting to reveal their titles submitted for the Best International Feature Film Award at the 2021 Academy Awards 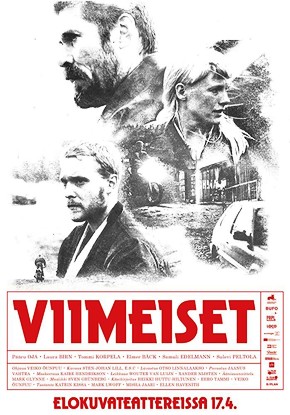 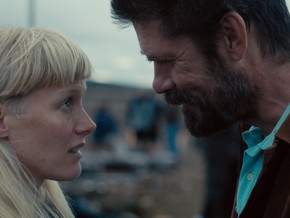 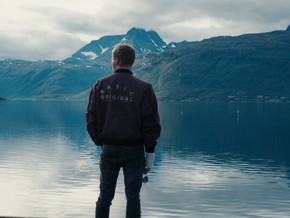