19/11/2020 - Pablo Maqueda retraces the journey made in 1975 by filmmaker Werner Herzog and invites the viewer on this solitary and evocative trip, full of love for cinema

Werner Herzog was 33 years old when he left Monaco and went to Paris to visit his friend, film critic Lotte Eisner, seriously ill at the time: he hoped that the strain of that journey would heal her or that his delay in arriving would serve to postpone a terrible and unwanted epilogue. Madrid-born filmmaker Pablo Maqueda, at the same age, followed the example of the film master and, in complete solitude, repeated the same journey, four and a half decades later. The result, Dear Werner [+see also:
trailer
interview: Pablo Maqueda
film profile], takes its title from the opening of a letter written to his idol and is playing at the 65th edition of Zinebi. Bilbao International Documentary and Short Film Festival, in the section Begiradak - Miradas desde Euskadi.

With his rough and recognizable voice, the director of Into the Inferno [+see also:
film review
trailer
film profile] and Cave Of Forgotten Dreams [+see also:
trailer
film profile] reads passages from his book Of Walking in Ice, in this documentary whose every shot exudes passion for the seventh art. During filming, Maqueda walks alone through forests, mountains and cities, in rain, cold and fog, reconstructing that journey and conveying what it feels like to venture into the new and into the unknown, while at the same time capturing the whole experience with his camera to share it with the viewer.

Dear Werner thus becomes a film full of cinema, both within and outside of its plot. Inspired by the seventh art and dotted with film references, the film makes the desire to embark on a cinematic adventure highly contagious for the public. Furthermore, the music from Argentine composer José Venditti punctuates magical moments, such as the Spaniard’s immersion in caves, a scene with genuinely Herzogian resonances. This is therefore an itinerant, simple, honest and emotional enterprise, which was carried out mainly by three people: Maqueda as editor, director, cameraman and screenwriter; Bilbao-born Haizea G. Viana leading the production from Madrid; and the aforementioned composer of the soundtrack.

As the filming and the pilgrimage (both physical and emotional, of course) progress, the voices of student and "teacher" alternate in a hypnotic winter expedition, where some encounters — human and animal — briefly alleviate the loneliness and the scenery changes from natural to urban. All this composes a mature, calm and stimulating work from a young filmmaker who is preparing his first major project (La desconocida), following the experimental film All the Women, and who is also part of the creative team of the multi-platform initiative #Littlesecretfilm, for which he made the films Manic Pixie Dream Girl and #realmovie.

Dear Werner is an independent production from We Love Cinema and Llanero Films, which distributes the film and is in charge of international sales. Released in Spanish cinemas on 20 November, the film has benefitted from the collaboration between La Cinémathèque Française and the Werner Herzog Foundation.

“This film has helped me overcome some of my fears”

With the documentary Dear Werner, Spaniard Pablo Maqueda follows in Herzog’s footsteps, re-embarking on one of his journeys with the exact same adventurous spirit, faith and love of cinema

Based on the acclaimed play Grooming, by Paco Bezerra, the film stars Manolo Solo, Eva Llorach and the young actress Laia Manzanares 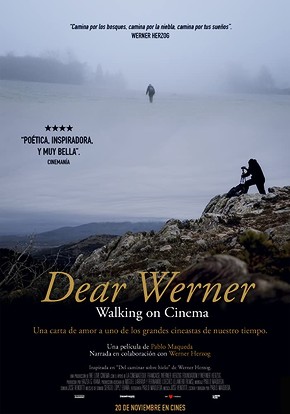 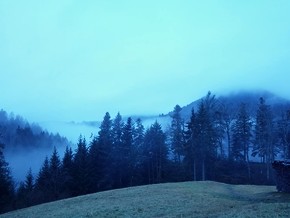 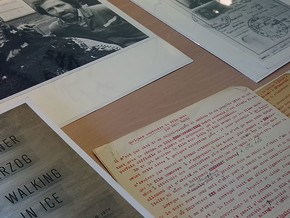 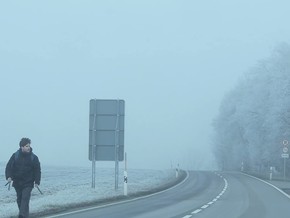 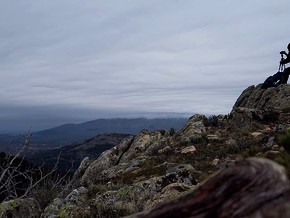