20/11/2020 - Vitaly Mansky’s new documentary is a long, intense conversation with the 89-year-old former leader of the Soviet Union

Vitaly Mansky’s new documentary Gorbachev. Heaven [+see also:
trailer
film profile] was world-premiered during this year’s International Documentary Film Festival Amsterdam, in the main competitive strand, and is also being screened in the Black Nights Film Festival's Baltic Film Competition. Once again, the Russian documentarian chooses to delve into the complex state of things in his own country by gaining special access to the life of Mikhail Gorbachev, the 89-year-old former leader of the Soviet Union, who receives him in his fancy, wallpapered (and old-fashioned) house just outside the capital.

Vitaly Mansky’s new documentary is a long, intense conversation with the 89-year-old former leader of the Soviet Union

The National Film Centre of Latvia splits €1.1 million among 14 projects 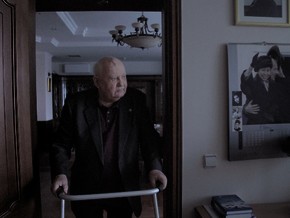 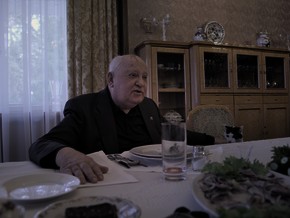