Delivering just what it promises – a story about a tailor – Sonia Liza Kenterman's first feature, Tailor [+see also:
interview: Sonia Liza Kenterman
film profile], screening in the First Feature Competition of Tallinn Black Nights, is a pleasant enough look at middle-aged Nikos (Dimitris Imellos), continuing his family's prestigious métier, even though the clients are gone and the money has dried up. His father, lovingly preserving old measurements of his deceased customers, knows that times have changed, but he is not planning to any time soon. And yet all it takes is one unexpected event for Nikos to stand up, on his own, and at least try to save their business, even if it means doing the exact opposite of what he was used to doing. In short: instead of having people come to him, now he has to go to them.

Though hardly revolutionary, Tailor does have some visual hutzpah. Its first scenes with Nikos all alone within four walls, with only his overly expressive face to keep him company, bring to mind silent films, and Kenterman really seems to enjoy the disappearing world of made-to-measure elegance. She celebrates fabrics, textures, and the feel of light wool and the finest cashmere, at the same time noticing that luxury can seem out of place sometimes – at least in contemporary Athens, with people struggling to pay their bills and predictably being less than thrilled about having to wait three weeks for a suit. But there is one thing they are still willing to pay for, forcing Nikos to apply his craft to a completely different area: wedding dresses.

Once he is out on the street with his shop on wheels, looking absurd in perfectly tailored outfits among the masses in sweatsuits, the film hits some familiar notes – also when it comes to its upbeat soundtrack. Nikos might look the part, but he strikes us as an infantile figure. It's the kind of cinematic arrested development that Adam Sandler built his entire career around, and while it might be annoying, at least it's convincing – with Nikos' friendship with a little girl living next door coming off as much less questionable than it ought to these days, saved by his likeability and a romantic thread weaved in for seemingly no other reason.

It could be that his character convinces because Imellos brings sadness to his exquisitely dressed little tramp, so heavily dominated by his father that he actually forgot to have a life. Left with a lingo that no one understands and clothes that no one can afford, his struggle ultimately turns Tailor into something a tad more melancholic, although it still ticks all the boxes that would see it fit right in within the selection on Netflix. Speaking of Netflix – someone should really show it to Sandler.

Tailor is a Greek-German-Belgian co-production staged by Argonauts Productions SA, Elemag Pictures, Made In Germany Filmproduktion and Iota Production. Its international sales are handled by Germany’s Pluto Film.

“Sewing is a world of small details”

European Work in Progress Cologne 2019 hands out its awards 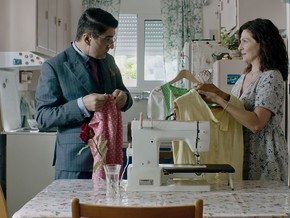 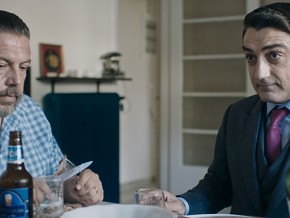 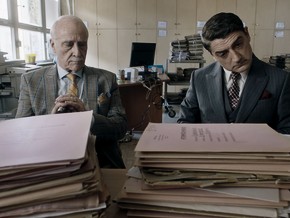 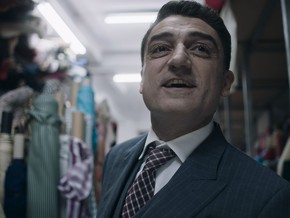 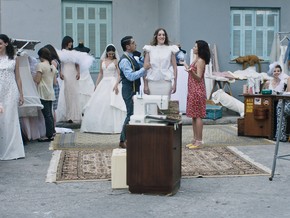 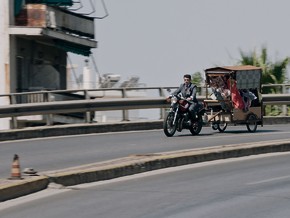 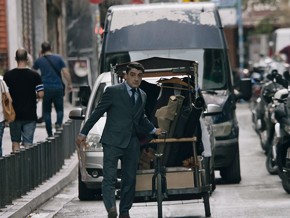 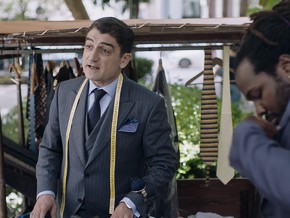