Trine Dyrholm (right of centre) in Erna at War

Henrik Ruben Genz's war drama Erna at War [+see also:
trailer
interview: Henrik Ruben Genz
film profile] was world-premiered at this year's Tallinn Black Nights Film Festival, in the main competitive strand. Genz graduated from the National Film School of Denmark in 1995, and ever since, he has been adding a long list of fiction films, TV series and documentaries to his filmography, including his most recent feature, the comedy Word of God [+see also:
trailer
film profile].

Genz and Bo Hansen decided to set the story of Erna at War in Bramstrup, a small village in Southern Jutland, during the last year of World War I, 1918. The historical context is that of a region defeated by the Germans in 1864, whose Danish-minded citizens are forced to join the so-called “Second Reich”. Here, a fifty-something woman, Erna Jansen (seasoned actress Trine Dyrholm), dreams of opening her own charcuterie and spends her fairly ordinary life with her son, Kalle (Sylvester Byder), who suffers from an intellectual disability. One day, village constable Meier (Ulrich Thomsen) shows up to conscript the boy for military service. Erna, wishing to save her son from certain death in the trenches, decides to follow him through thick and thin. As fate would have it, she rescues a deserting soldier, and the two of them swap clothes and identities. Now disguised as Private Julius Rasmussen, Erna heads towards the front line, ready to face the cruelty of war.

Genz's film, an adaptation of Erling Jepsen’s critically acclaimed novel, tells a compelling story of courage and maternal love. Here, Dyrholm delivers a good performance, and the whole cast does a fair job, too. In particular, her character's will to protect her son at all costs, her strong resilience and her straightforwardness are well rendered, and give great strength to the whole picture.

The narration and direction follow rather traditional codes and conventions, but this is not a flaw at all, as this is a typical case of a cinematic piece that doesn't try to reinvent the wheel or to experiment willy-nilly, but commendably, it chooses to use a few well-oiled artistic tools to build up a credible, solid piece – nothing more, nothing less.

Therefore, the lack of frills allows the viewer to focus on Erna's spirit of sacrifice and her love for Kalle – and, secondarily, the relationships she develops with Meier and Anton (Anders W Berthelsen), a former blacksmith from Jels, now part of her platoon. Besides the central theme of maternal love, Genz is able to touch upon the characters' sense of belonging to their true motherland through several elements, such as the presence of relevant dialogues – for example, in the opening scene, Erna and Kalle are lying in their bed at night and talking about identifying themselves as Danish, even though they are forced to be citizens of the Reich – or the fact that Erna carries around a tiny Danish flag, shown on several significant occasions throughout the film.

more about: Erna at War

“When I read the book, I immediately felt that it was a strong concept, a very unique idea”

In this new Danish 3D animated flick, the title character will act as a human antenna for his old, UFO-obsessed neighbour who thinks a huge invasion fleet is on its way

The Danish director’s sophomore feature revolves around a couple who lead a quiet existence in their yellow brick house, until an unbearable tragedy changes their lives forever 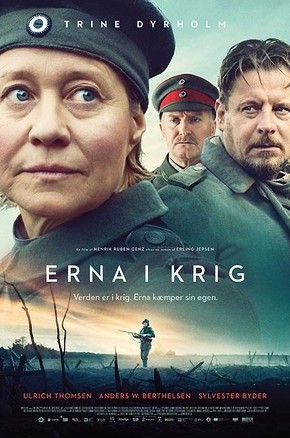 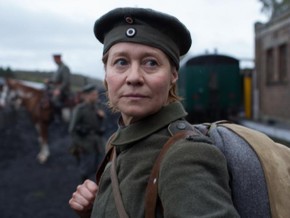 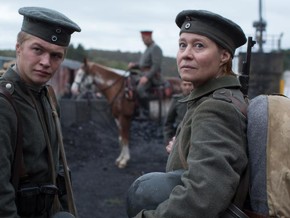