23/11/2020 - Viesturs Kairiss shows that you can paint over history all you want, but it will always be there

Also known for The Chronicles of Melanie [+see also:
film review
trailer
film profile], Latvian director Viesturs Kairiss still has war on his mind in The Sign Painter [+see also:
trailer
interview: Viestur Kairish
film profile], playing in Competition at this year's Tallinn Black Nights Film Festival. This time, it affects a lovely little town and while changes are initially slow – with the good first 20 minutes of the film spent by a lake – they soon pick up the pace, and good-natured painter Ansis (Davis Suharevskis) can no longer look away.

The sweetness of this setting, miles away from The Chronicles' relentless gloom, doesn't come without a bitter aftertaste. Although everyone here seems pretty decent, Ansis' crush on a Jewish girl still comes with the side of “don't you meddle with Jews, they killed Jesus”. As the Second World War approaches, old prejudices remain firmly in place, but new ideologies come and go and the young man is forced to change street names so often that the paint barely has the time to dry. Those changes reveal what used to be hidden to such an extent that the town just can't fit in no more.

The Sign Painter – based on a novel by Gunars Janovskis – is engaging enough, although it does feel overlong and old-fashioned, with some of the shots way too calculated, the kind of proper historical drama that Golden Globe voters seem to enjoy the most. What's interesting however is Kairiss' choice of protagonist, a naive man way too unsure to really stand up for his or any choices, and who instead follows much more dominant girls around like a little doe. Ansis might be in love with Zisele (Brigita Cmuntová), making use of his painting ladders to knock on her window at night, but his passiveness and the fact that at one point he literally drops his paintbrush on somebody else's skirt understandably come in the way.

This is a story about a failed love triangle as much as anything else, and for the most part, Kairiss keeps the mood generally upbeat – with the help of a soundtrack that feels as if an exceptionally brisk village band was following one around at all times. Soon, however, Ansis' hands start to ache from all the sign painting and nastiness prevails as the increasingly hostile community tries to make sense of the ever-changing authority, carrying yet another bust of a political leader up and down the stairs. That includes the girls in his life, with Jewish Zisele “siding with the Russians” and Naiga (Agnese Cirule) responding better to the Nazi ideology, while Ansis himself tries to stay neutral, echoing Agnieszka Holland's recent statement about her film Charlatan [+see also:
film review
trailer
interview: Agnieszka Holland
film profile]: “Even someone who believes he is beyond politics will eventually find out that politics is interested in him – that it’s using him and it can destroy him.” Not to mention it will make his hands ache.

The Sign Painter was produced by Guntis Trekteris for Latvia's Ego Media and co-produced by Lithuania's Artbox, and is sold internationally by EastWest Filmdistribution.

We met up with Latvian director Viestur Kairish to discuss his latest film The Sign Painter, which screened in Competition at Tallinn's Black Nights Film Festival

Viesturs Kairiss shows that you can paint over history all you want, but it will always be there 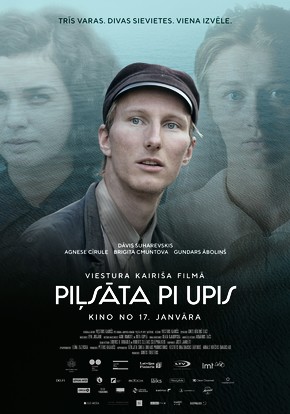 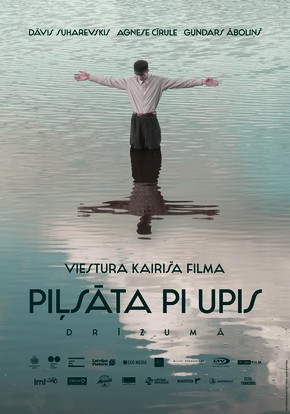 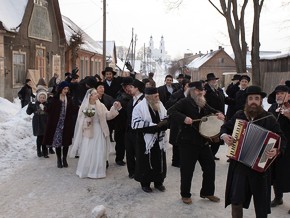 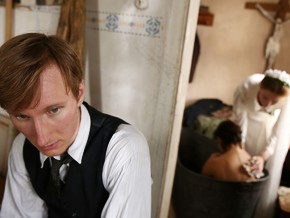 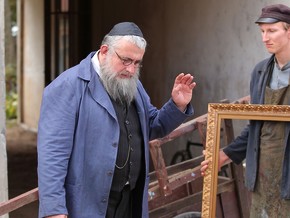 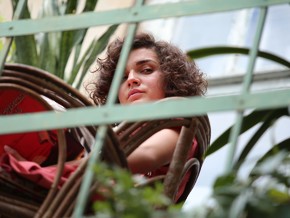 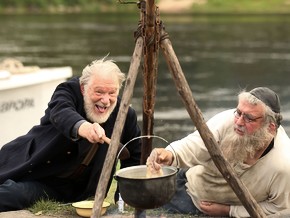 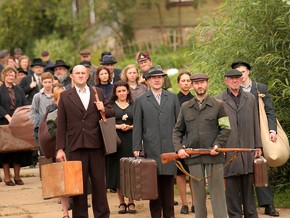 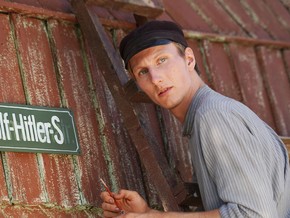 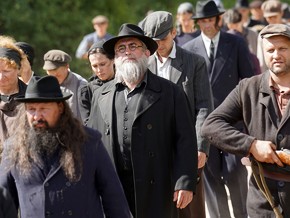 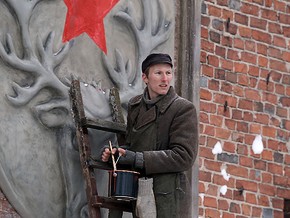 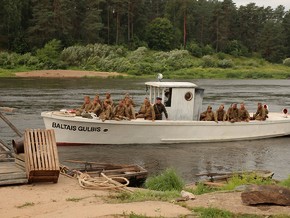 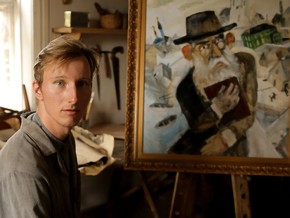 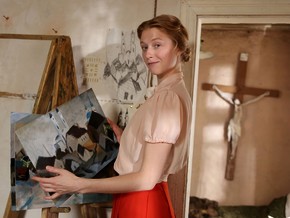