Following on from her first documentary El tiempo nublado [+see also:
film review
trailer
interview: Arami Ullón
film profile], the Paraguayan director living in Switzerland Arami Ullón is extending her gaze above and beyond the confines of her native land to broach the depths of the virgin forest. The opening film of the IDFA, Nothing but the Sun [+see also:
interview: Arami Ullón
film profile] is kicking off its journey in the best possible fashion.

Always very careful to establish an egalitarian relationship with her protagonists, full of respect and fruitful exchanges, Ullón has developed her second documentary around one key character, Mateo Sobode Chiqueno, who has been allowed to express himself freely to very poignant effect. Never interrupted with voice-over comments or archive material aimed at illustrating its content, his is an unbelievably rich story teeming with incomprehension, paradoxes and the cruelty of the lopsided meeting (or rather the clash on unequal terms) that took place between two profoundly different countries. It’s ultimately Mateo with his complex reasoning, which transports us beyond the boundaries of the visible - a way of thinking that’s inevitably intertwined with elements foreign to his culture - who tells his story and takes his destiny into his own hands.

The tale told by Nothing but the Sun’s protagonist seems to hark back to the times of “great discoveries”, where missionaries imbued with a “divine” duty had no qualms over obliterating ancestral beliefs in the name of an eternal salvation which left little room for anything else. Yet his drama, the destruction of his people, was a recent event which unfolded before our very eyes; the very same eyes we clamped shut in order not to see.

What Mateo tells us by way of his memories, interwoven with those of the many other individuals who share his destiny and whose voices have been recorded for many years on audio cassettes, taking the form of cruel yet gentle poems, is the story of a veritable genocide. The spokesperson for a culture which has now all but disappeared - that of the indigenous Ayoreo people of the Paraguayan Chaco region - the film’s protagonist was wrested from his ancestral lands, life and beliefs by missionaries: Salesian and Mennonite figureheads steeped in superiority whose mission it was to “civilise” peoples considered subordinate and to uplift the souls of those not yet familiar with “the Saviour”. This notion of superiority and unilateral reading of the world serves as a basis for deforestation activities, the motivations of which are undeniably financial. It’s an indisputably colonialist way of viewing the world, which the director kicks back against by opening the floor to Mateo and to his audio cassettes – custodians of deep and complex reflections which broaden our western way of thinking and free us from the weight of stifling pragmatism.

Through a gaze imbued with poetry and respect, Arami Ullón drills deep down inside of her protagonists in search of the truth which lies beyond their words and can be found, instead, within the acts they carry out (winding the magnetic ribbon of the audio cassettes, weaving and cooking, gesticulating almost without wanting to) as bearers of truths which have been inscribed in their bodies despite their uprooting. Like the group of flies disoriented by the light which feature in one particular shot and subsequently fade into abstract figures, Mateo and all the other Ayoreos were blinded by an overly powerful and unknown light, which took them by surprise and prevented them from fighting back despite the richness of their culture.

Nothing but the Sun ventures a first, decisive step towards the rehabilitation of a complex and age-old culture which deserves to be preserved and to remain forever imprinted on Mateo’s magnetic ribbons, before flying away once again - though this time with renewed dignity - into the depths of the Chaco forests.

Nothing but the Sun is produced by Cineworx Filmproduktion, who are also in charge of Swiss distribution, and is co-produced by Arami Ullón Cine in association with Nevada Cine (Argentina). Film Republic are handling international sales.

more about: Nothing But the Sun

Interview: Arami Ullón • Director of Nothing but the Sun

We chatted with the Paraguayan director living in Switzerland Arami Ullón about Nothing but the Sun, which was presented in a world premiere in the opening slot of the IDFA 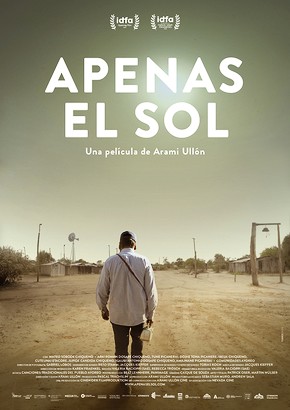 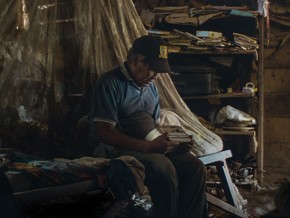 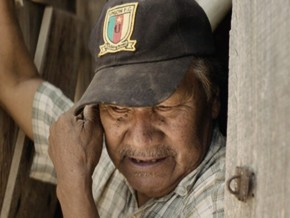 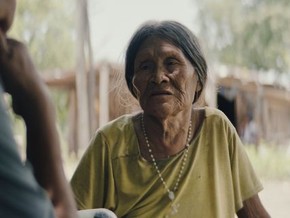