24/11/2020 - In his debut feature, a film built primarily on anticipation, Juan Pablo Félix follows the rhythm and some complicated family dynamics

There is one point when Juan Pablo Félix's Karnawal [+see also:
trailer
film profile] – a co-production between Argentina, Bolivia, Brazil, Chile, Mexico and Norway, screening in the First Feature Competition at Tallinn Black Nights – threatens to be yet another story of an aspiring young dancer trying to escape his unglamorous surroundings, this time in North Argentina, near the Bolivian border, and it is a scary prospect indeed. But while Cambra (Martin Lopez Lacci) really dreams of becoming a professional Malambo dancer, based entirely on rhythm, apparently, and has an important competition to prepare for, Félix's actual focus switches to his odd family instead – including an absent daddy who is simply no good, and is now coming out of prison for a few eventful days.

He’s the kind of guy who simply won't change, and soon enough, Cambra's mother welcomes him by yelling that, with him, it's “always the same story”. But Alfredo Castro, sporting a spectacular mane and scoring yet another interesting part this year after My Tender Matador, in which he played a cross-dresser lovingly nicknamed as the Queen of the Corner, makes sure that “El Corto” is also charming, able to completely disarm people with nothing more than a tilted head and a smile. Even though, yes, he is irresponsible and always has something cooking on the side, preferably of an illegal nature.

Frankly, it's a film built on anticipation: for the upcoming carnival, for Cambra's competition, for “El Corto” to finally step the hell up or disappoint everyone once again. It's smartly shot, too, also during the family's impromptu road trip, but suffers from an ending that's just plain ridiculous, with a sudden swerve into thriller territory as if someone suddenly remembered there were some leftover guns to angrily wave at people.

Newcomer Lopez Lacci's one-note performance, consisting of angry stares, grows old after a while, too, but the boy sure can dance – based on these sequences alone, Karnawal could travel much further than your usual indie film circuit, whatever it might be during the times of COVID-19. Which is not to say that it's necessarily a crowd-pleaser, not with people's tendency to frequently slap kids around and danger lurking around the corner, just waiting for anyone who is desperate enough to acquire a pair of dancing boots, for example. An uneven effort, then, although Cambra's final dance routine should easily earn him the top score.

Claudia Pinto plunges us into the painful secrets of a scarred family, relying on passionate actors and the innate dramatic qualities of the Canary Islands’ volcanic landscape

The Spanish film gathering is unspooling in June after having done so in August last year, and is pondering a return to its original dates in 2022

In his debut feature, a film built primarily on anticipation, Juan Pablo Félix follows the rhythm and some complicated family dynamics 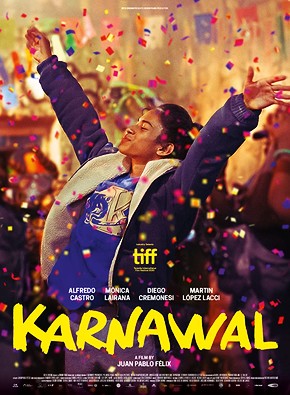 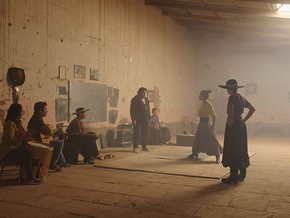 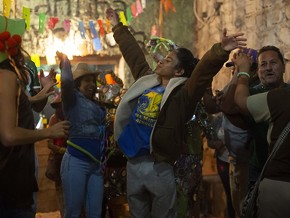 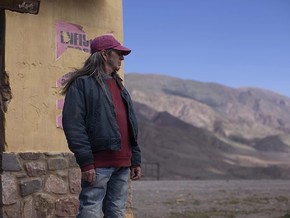