Hayal Köseoğlu and Oktay Çubuk in When I'm Done Dying

Nisan Dağ's sophomore feature, When I'm Done Dying, is one of the titles selected to take part in the main competition of this year's Tallinn Black Nights Film Festival. The drama follows her award-winning debut feature, Across the Sea, co-directed with Esra Saydam and released six years ago.

The story of When I'm Done Dying, penned by the director herself, tells of the misfortunes of a young rapper called Fehmi, played by Oktay Çubuk, who dreams big with his friend Yunus (Eren Cigdem) and lives with his strict father Serhad (Müfit Kayacan) and his hard-working, caring brother Erdem (Ushan Çakir) in Karacinar, one of Istanbul's roughest slums. Soon, we find out that the boy is addicted to bonzai, a cheap, synthetic and lethal drug, which jeopardises his career ambitions and puts his passionate relationship with a charming upper-class DJ, Devin (Hayal Köseoğlu), in danger.

Most of the narration is accompanied by the authentic, catchy songs written and performed by Fehmi and his band. Here, music plays a central role as a possible way out of despair and addiction, even though the young man's dreams of glory gradually become more and more difficult to achieve. The realistic acting and dialogue contribute to the credible depiction of the world surrounding the local youth subculture, but the movie is also capable of keeping certain traits in the background – the specific traits of a society that is still highly conservative and that cultivates a fear of being judged. Said aspect is particularly visible in the relationship dynamics developed by Serhad and his two sons, one striking up a secret homosexual relationship with a police officer (Ismail Zagros) and the other incapable of leading an honourable, sober life. Furthermore, the toxic relationship between Devin and Fehmi is rich in intense emotional moments, characterised by a good balance between more obvious elements of romance and the harsh reality they are part of. In the second half of the movie, a turning point seems to come when an important music producer, Faruk Ünal (Kürsat Alniaçik), offers the band the opportunity to release their first album on his label.

One of the picture's main peculiarities is the occasional presence of animated inserts, bringing to life Fehmi's nightmarish visions and paranoia. These short scenes give the drama a touch of originality, are well crafted and allow the viewer to gain a glimpse of Fehmi's troubled state of mind and his process of self-destruction. In one of these, for example, some imaginary graffiti by a black rapper starts to make him feel humiliated, and in the next shot, we see that the boy is yelling at a blank wall, while a couple of passers-by notice his moment of delirium.

In summary, Dağ manages to tell a compelling story, bolstered by a solid script and a good cast of non-professional actors and emerging talents. The portrait of life in Istanbul's underground scene is also convincing, and the camera work by John Wakayama Carey (The Catch, American Thief) does a beautiful job of panning around the dark corners, dusty streets and decrepit buildings of Karacinar. The ending may not come as a particular surprise, but thanks to a simple but effective transition, it adds some depth and does not go unnoticed.

When I'm Done Dying was produced by Turkey's Solis Film and Germany's Red Balloon. Its international sales have been entrusted to US outfit Magnolia Pictures International.

more about: When I'm Done Dying

Turkey’s leading film-development event has awarded 16 projects across its four sections with prizes totalling over €83,000

Nisan Dağ wraps the shoot for When I’m Done Dying

In her sophomore feature, the Turkish director follows a passionate love story set in the slums of Istanbul and steeped in edgy rap music 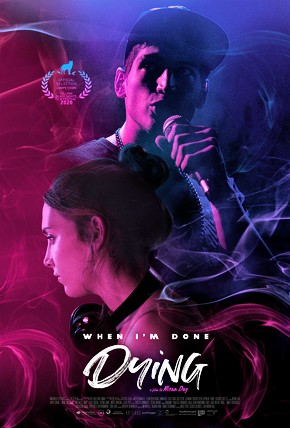 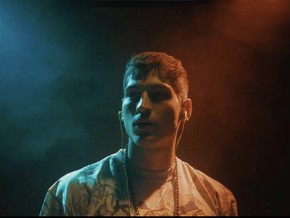