Joen Højerslev in The Penultimate

The film opens with an extreme long shot depicting a human figure walking next to a donkey in a misty, desolated flatland. The man later hitches his travel companion to a bare tree and approaches a giant, grey building. Once he enters it, viewers will be made aware that the man is the new “Water Inspector” (Joen Højerslev), tasked with registering the residents’ water meters. What happens next is a grotesque, disturbing journey into a huge building that reveals itself to be an endless maze. The place acts as a sort of trap for the man and forces him to face a number of bizarre and impactful characters, constantly turning his perception of reality, his rationality and the meaning of human existence upside down.

A non-exhaustive list of the artistic tools employed by Kærup Hjort and his crew to render this “mental” labyrinth and tell the Water Inspector’s story include a mise en espace inspired by that of Polish master Jerzy Grotowski’s “poor theatre” (most of the environments are bare and the usage of props is limited to the indispensable ones, which often carry powerful symbolic meanings); the dialogues and the circumstances echo the work of the Theatre of the Absurd and of dramatists such as Samuel Beckett, Harold Pinter and Eugène Ionesco; an exceptional cast of actors, chosen for their striking physique du rôle, as well as the splendid cinematography by Jacob Sofussen and elegant production design by Sabine Hviid and Kristina Kovacs, capable of providing a strong visual appeal while skilfully playing with dust, smoke, lights and shadows.

Through the convoluted, surreal episodes lived by the Water Inspector, The Penultimate explores and touches upon, in many different fashions, the role played by death, love, societal pressure, labour and incommunicability in our existence. The film also doesn’t lack funny moments, black humour and grotesque situations frequently emerging to entertain viewers. Once the spectator enters the building together with the Water Inspector, they will be able either to love (or, at least, get acquainted with) the puzzling universe surrounding them, or they may feel bewildered, while looking for fully rational explanations. The first approach is the best one through which to fully enjoy the cinematic experience proposed by Kærup Hjort, as it allows one to focus on the film’s strong allegorical and symbolic contents, rather than look in vain for the linearity typical of most films.

Kærup Hjort successfully transposes to the big screen the theatrical and literary “spirit” and atmospheres of Kafka’s novels and of the Theatre of the Absurd, overcoming the obvious limits of live performance and expanding the experience for cinemagoers by choosing the right film grammar. The Penultimate is an unmissable title from this crazy season of cinema.

The film was produced by Danish studio Tambo Film. Its sales are entrusted to Rome-based firm TVCO.

more about: The Penultimate

We chatted with Danish filmmaker Jonas Kærup Hjort, who is screening his convoluted and surreal debut feature The Penultimate at Tallinn's Black Nights Film Festival

The Spanish gathering, which unspools from 18-26 June, is presenting the Luna de València Award to the director of We Need to Talk About Kevin 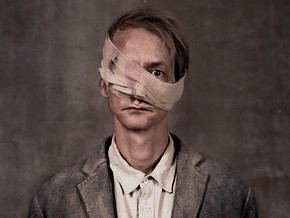 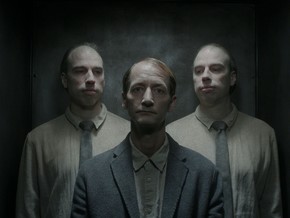 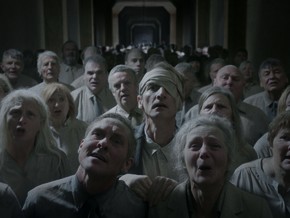 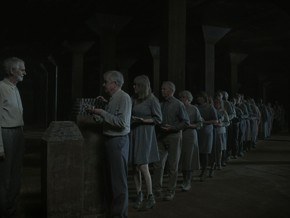 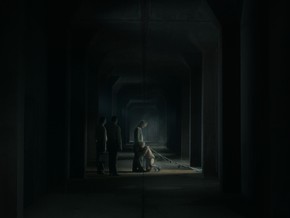 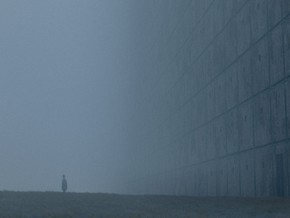