25/11/2020 - Peeter Simm’s new feature is a pleasant feel-good dramedy, characterised by a whimsical sense of humour and a charismatic young lead

Peeter Simm is finally back to the big screen with a new coming-of-age dramedy, entitled On the Water [+see also:
trailer
interview: Peeter Simm
film profile] and taking part in the main competitive strand of this year’s Tallinn Black Nights Film Festival. A veteran of Estonian cinema and an alumnus of the Moscow State Institute of Cinematography, the Kiviõli-born helmer rose to fame thanks to his 1980 directorial debut, Ideal Landscape, which was banned during the Soviet Union years and was subsequently dubbed one of the best Estonian films of all time.

The story of On the Water is based on the book of the same name by Olavi Ruitlane (who also serves as screenwriter) and revolves around the adventures and misfortunes of a mild-mannered teen called Andres (brilliantly played by Rasmus Ermel), growing up under the guidance of his caring grandmother (Maria Klenskaja) and his cynical, grumpy grandfather (Kalju Orro) in 1982’s rural Soviet Estonia, at the end of Leonid Brezhnev’s rule. The lack of a mother figure plays a crucial role throughout the film. Early on, we learnthat the woman presumably is in Sweden; at times, Andres sees her in his visions and her resemblance with Abba’s Agnetha Fältskog is playfully exploited. Andres, more or less in line with the leads of many other coming-of-age flicks, deals with the issues typical of his age: bullies, peer pressure, puberty and problems at school. His only friends are his fishing pole, his books and the “bigger kids” living in his neighbourhood. Fishing and spending time with them represents for the young boy a way out of the dullness of his everyday life.

While the film’s themes are definitely not the most original, three things make this piece stand out from the rest of the genre: the Estonian SSR setting, curious for a coming-of-age picture, well rendered by excellent production design; the numerous echoes from the 1970s and 1980s late Soviet comedies, particularly visible in terms of style, score and comedic devices; and the sporadic but effective presence of black humour.

The addition of several over-the-top characters (chief among them two of the “bigger kids”, namely Andres’ bizarre but lovable friend Kolla, played by Aarne Soro, and ex-convict Valter, played by Marko Matvere) works well and offers several moments of laughter. Andres slowly acquires strength and charisma, and it is easy to empathise with the boy, who tries hard to find his place in the world and to gain respect from the adults and the other teens of his community.

On the whole, Simm’s new film is a pleasant coming-of-age dramedy which may satisfy the appetite of younger spectators from post-Soviet countries with its appealing themes, as well as their parents with its delicate nostalgic touch telling of a strange yet not so distant era. The 106 minutes feature is dense with tragicomic misfortunes, hilarious gags, raging hormones, (not so) childish mischiefs, but also touching moments highlighting the importance of love and friendship.

On the Water was produced by Tallinn-based studio Filmivabrik.

more about: On the Water

Interview: Peeter Simm • Director of On the Water

“Children helped and complemented each other with surprising professionalism”

Peeter Simm’s new feature is a pleasant feel-good dramedy, characterised by a whimsical sense of humour and a charismatic young lead

The veteran Estonian director is shooting his new feature, based on Olavi Ruitlane's book of the same name 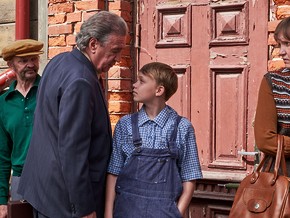 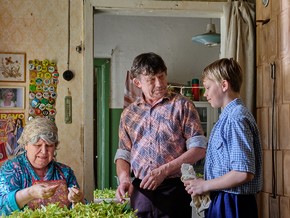 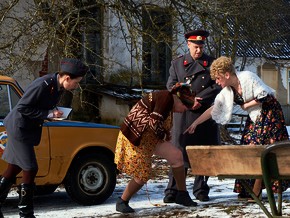 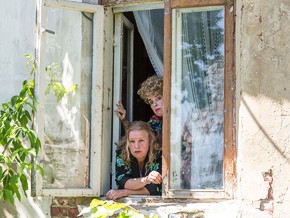 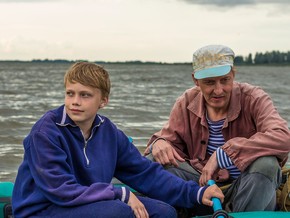 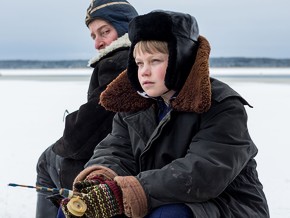 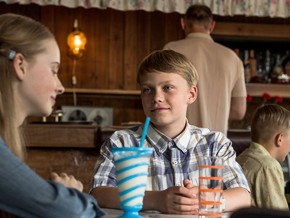