In the Mirror [+see also:
trailer
interview: Laila Pakalniņa
film profile] is certainly a bizarre experiment, but a successful one. Laila Pakalniņa’s new endeavour was world-premiered at this year’s Tallinn Black Nights Film Festival, where it took part in the main competition section. The Liepāja-born writer-director is best known for her drama The Shoe, screened in the Un Certain Regard section of the 1998 Cannes Film Festival, and other successful works such as Three Men and a Fish Pond, Dream Land and The Python, as well as her latest effort, Spoon [+see also:
film review
trailer
interview: Laila Pakalnina
film profile], screened at Karlovy Vary last year.

The story, penned by the director herself, is essentially a weird adaptation of the Snow White and the Seven Dwarves fairy tale, set in the youth-centric present day and shot with special “selfie stylistics”. Filmed entirely in black and white, the characters are constantly holding their smartphones and almost always speak straight to the camera, often enjoying the feeling of “being observed”. The basic plot loosely follows the one of the original fairy tale; here, however, the father (Lauris Dzelzītis) plays a bigger role and is a CrossFit trainer. When his daughter Snow White is born, his wife dies. After some time, he marries a young, good-looking woman obsessed with fitness and herself (prima ballerina Elza Leimane). Time passes, and Snow White (dancer Madeleine Valdberg) grows up to be more and more beautiful and fitter, stoking her stepmother’s jealousy and hatred.

Overall, the piece works on two levels. On the one hand, it arouses the viewer’s curiosity to find out how certain aspects of the original fairy tale will be staged (and manipulated) within the bizarre characters’ world; on the other, it prompts an obvious reflection on the pervasive role of smartphones in our life, ready to document every single moment (even a successful round of burpees), to ramp up our levels of narcissism and to make our emotions appear more spectacular. In this respect, one of the initial scenes – the one set at the funeral following Snow White’s mother’s passing – is a good example of said dichotomy, as we see the father filming his own despair with the coffin in the background, followed by a number of relatives and acquaintances approaching him one after another and almost glad to be in the frame.

Moreover, the choice to make most of the characters and extras fitness-obsessed, in particular Snow White’s evil stepmother, is highly effective, as it allows Pakalniņa to play with her obsession with the perfect body and to explore her relationship with the mirrors reflecting it. The adaptation of the Seven Dwarves – here, called the Seven Guys – and that of the prince are also in line with the absurd setting portrayed throughout the narrative.

Except for a few digressions that could have been shortened – for example, one in particular starring some sailors towards the end – Pakalniņa’s picture is a brave project and boasts a bunch of entertaining moments, heightened by its surreal atmosphere. Her visionary, fitness-obsessed world is not too far removed from reality, and her reinterpretation is surprisingly able to bring a new, timely meaning to the Brothers Grimm’s fairytale, published back in 1812. The sumptuous editing by Ieva Veiveryte (The Flood Won’t Come [+see also:
film review
trailer
interview: Marat Sargsyan
film profile], The Lawyer [+see also:
film review
trailer
film profile]) and the innovative cinematography by Gints Bērziņš (City on the River [+see also:
film review
trailer
interview: Viestur Kairish
film profile], Spoon) are the icing on the cake.

In the Mirror was co-produced by Riga-based outfit Hargla Company and Vilnius-based firm Just A Moment.

more about: In the Mirror

Interview: Laila Pakalniņa • Director of In the Mirror

“We weren't looking for an easy way to do things”

We had the chance to chat to Laila Pakalniņa, director of the experimental drama In the Mirror, one of this year's main competition titles presented at Tallinn Black Nights 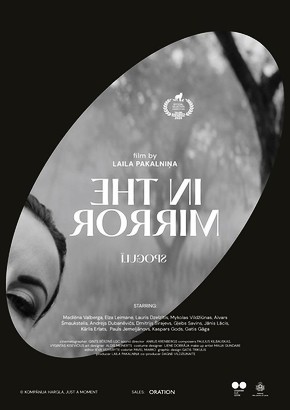 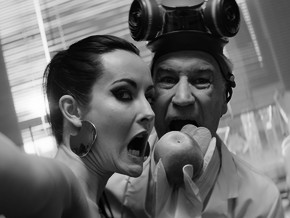 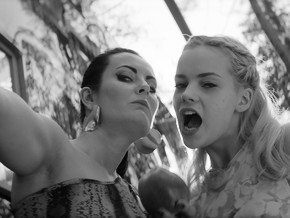 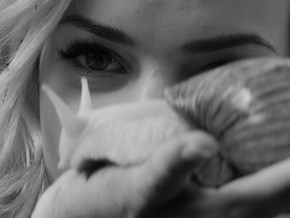 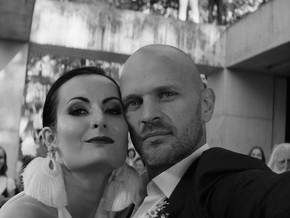 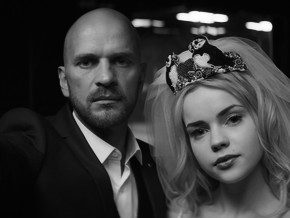