27/11/2020 - A reconstruction of real events, this “rockumentary” by Gabriel Velázquez and Manuel Matanza recounts the American adventure undertaken by two beguiling characters who walk on the wild side

In 1982, Fernando Trueba released Mientras el cuerpo aguante (lit. “As Long as the Body Holds Out”), a documentary revolving around the incomparable, one-of-a-kind figure of singer-songwriter and philosopher Chicho Sánchez Ferlosio, while at the same time it took stock of the reality of that time in post-Franco era Spain. Almost 40 years later, Gabriel Velázquez and Manuel Matanza use a similar formula to depict (now with hand-held, digital cameras) two characters who also exemplify this moment we are destined to live through: Pablo Crespo and Marieta V Salvi, the protagonists of Subterranean, which has been presented in the Albar Official Selection of the 58th Gijón International Film Festival, this year unspooling entirely online.

The directors have “fictionalised” a real-life event in this film, which follows two musicians in their forties – but who were still undeniably young at heart – who, one fine day, decided to quit their well-paid office jobs in Spain to pack their bags and jet off to Los Angeles, where they planned to further their music careers by forming the duo L.A.Drones! (whereas previously they had called themselves Líneas Albiés). They risked it all for a dream, and once there – after having already tried the same thing in Mexico City – they encountered numerous problems, but also immersed themselves in a fascinating, alternative universe where they felt awestruck and at ease, as if in their natural surroundings.

And so Subterranean delves into the Californian city’s underground cosmos, where so many hopes and dreams collide in its dark, crowded clubs, offering a sincere, stark chronicle of what goes on in its underbelly. There, we catch glimpses of all kinds of artists and performers from different origins and social backgrounds, and of differing races, who, just like the main characters in this feature, give free rein to their passions and eccentricities. There’s Randi, an unwavering fan of the synth duo; Finnish musician Gunher; Canadian girl Panthar; cabaret artists The Combat; Valencian painter “El chivo”; guitarist Fred “Spud”, also an amphetamine addict; former porn actress Karen; and patron Dare. Besides this, as they reconstruct true events, the directors portray the special relationship between the couple – constantly accompanied by an adopted dog/son, who drinks beer and answers to the name Rufus – who bicker constantly but who love one another deeply, even as one gleefully indulges in drugs and the other in alcohol.

With a leap back in time to Salamanca, from whence they came, when one of them used to flirt with punk whilst still a youngster, the film – which is modest and indie to the core – refuses to tread the usual paths, as demonstrated by Velázquez in his previous outing, Zaniki [+see also:
film review
trailer
film profile], which also took part in this Asturian festival two years ago. Instead, it opts for a hand-held camera that clings to its anti-heroes like a tight pair of jeans. They are a couple of hopeful globetrotters – always on the verge of squandering everything – who gave up their comfortable social status to become illegal immigrants in the USA while they hope and wait to fulfil their dream of breaking through… as long as their bodies hold out.

Subterranean, which boasts a screenplay penned by Velázquez, Matanza and Carlos Unamuno, was produced by Escorado Producción.

A reconstruction of real events, this “rockumentary” by Gabriel Velázquez and Manuel Matanza recounts the American adventure undertaken by two beguiling characters who walk on the wild side

For the first time ever, the seasoned Asturian gathering will unspool via digital platforms, but will by no means be neglecting its innovative, daring, independent spirit 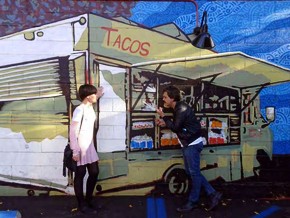 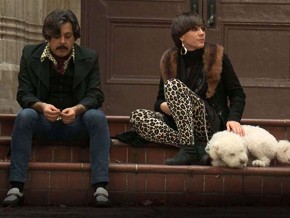 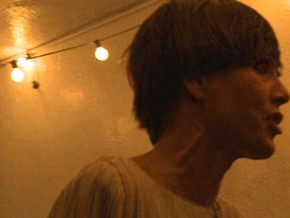 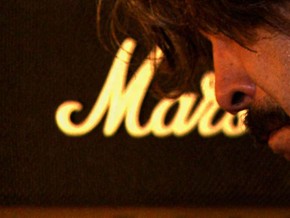 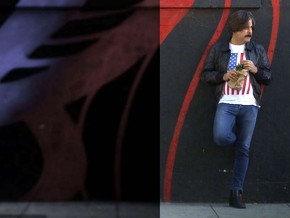 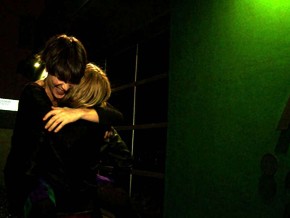 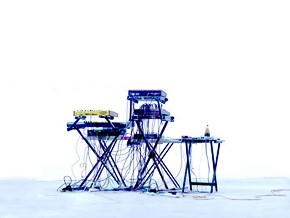