01/12/2020 - How did a Swedish mining giant destroy thousands of lives in a Chilean desert town? The answer is in Lars Edman and William Johansson Kalén's new documentary

Viewers might be shocked, angry or both after watching Lars Edman and William Johansson Kalén's powerful documentary Arica, which had its world premiere in the Frontlight section of this year's International Documentary Film Festival Amsterdam (IDFA). Before working on Arica, the directing duo met in a film school in Chile and already tackled the same scandal ten years ago, with their directorial debut Toxic Playground. The film, initially set to be a graduation project, later led to the largest transnational corporate accountability case ever held in Scandinavia.

But what happened in Arica? In the mid-1980s, Swedish mining and smelting giant Boliden had a large amount of toxic waste shipped to Chile, where it was supposed to be properly processed by Promel, a local firm. However, only a fraction of said waste was handled in a plant, and most of it was dumped in the outskirts of the desert town. The consequences of this brutal act are still visible in the community; residents developed several forms of cancer, many babies were born with birth defects and thousands of people ended up breathing large amounts of arsenic.

The film, which acts as a sort of sequel to Toxic Playground, effectively alternates between more informative parts describing facts and points of view, beautiful aerial shots accompanied by a lucid voice-over narration, important testimonies recorded in and outside of the courts, and direct accounts of the disaster's victims. Joselyn, a young girl who named her first child after the two filmmakers, particularly embodies a junction point between the beginning of the legal battle portrayed in Toxic Playground and the present time. With great lucidity and respect, Edman and Kalén (alongside experts and other people willing to support Arica's just cause) bring to the table a number of insights and evidence proving how the decision to leave the waste next to a residential area was more than a simple act of negligence. The other “side of the barricade” is also represented and the two documentarians repeatedly give them opportunities to share their perspective. Their answers, at times evasive, at times disdainful and one-sided, speak for themselves.

Boliden's main argument is that there is no proof that the high level of arsenic recorded in the victims' urines and its consequences are directly linked to the presence of waste, and that these are in fact the result of the inhabitants' diet, who may have eaten contaminated fish. However, the presence of fish in the local diet is minimal, if not absent, especially considering its high price.

On the whole, the piece is very powerful and it takes very little to empathise with Arica's community. The good fight is brilliantly told and the film sheds light on a shameful case of modern colonialism. A spoiler is necessary here, though. After losing their cause in 2018 with a sentence ultimately siding with Boliden, rejecting the Chilean judges' verdict on the firm's responsibilities and basically depenalising their misdeeds, another appeal was lost in 2019 – and only because the potential crimes barred. As of today, the Swedish Supreme Court has not granted Arica's victims leave to appeal and Boliden is threatening to sue Arica's lawyers to make them pay the legal costs, a sum close to 5 million dollars. Again, facts speak for themselves.

How did a Swedish mining giant destroy thousands of lives in a Chilean desert town? The answer is in Lars Edman and William Johansson Kalén's new documentary 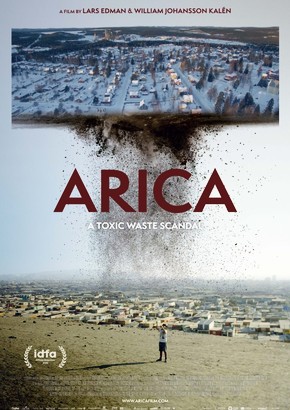 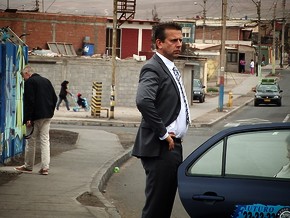 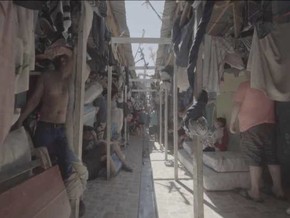