Review: A Bend in the River

07/12/2020 - Colin Broderick’s second feature, world-premiered at Belfast, is a melancholic journey following a writer as he returns to his native County Tyrone in Northern Ireland after 26 years

John Duddy in A Bend in the River

Colin Broderick’s sophomore feature, a psychological drama entitled A Bend in the River [+see also:
interview: Colin Broderick
film profile], was world-premiered at the Belfast Film Festival (18 November-6 December), following the rescheduling of the prestigious Northern Irish gathering owing to the first wave of coronavirus. The film follows his debut feature, Emerald City, the story of a crew of Irish construction workers set in New York.

The plot of A Bend in the River, penned by the director himself and inspired in part by his own life, centres on a forty-something writer called Matt Donnelly (played convincingly by John Duddy), who comes home to County Tyrone, Northern Ireland, after spending 26 years in New York. The writer’s return, however, is not as easy as expected, and soon, the man is forced to confront the many ghosts of his past: in particular, his never-forgotten first love, Katie (Kathy Kiera Clarke), his brother (John McConnell), an abusive school teacher (a short but impactful cameo by the late Pat Laffan) and two of his childhood friends, Declan (Brendan Broderick) and Paudie (John Connors), who did not leave Ireland during The Troubles and have presumably led a harsh, frustrating life. Declan, now married to Katie, is a violent man feared by the whole community and angered by Matt’s return.

All in all, the movie is a thorough, compelling journey into the man’s past and inner world. During his stay, Matt tries to write his new book and finds himself once again immersed in a hostile, closed-minded rural community, where no action can remain unnoticed and words spread like wildfire. The microcosm of characters encountered by Matt allows him to make sense of the Northern Ireland he remembers from his childhood and the place it has become today, as well as to reshape his own notions of “home”, “family” and “Irishness”. The narration is occasionally accompanied by a pensive – and beautifully written – voice-over expressing the thoughts of the writer, who tries to take stock of his new feelings and emotions. Aesthetically speaking, the dominant melancholic mood is masterfully conveyed through the rainy, desolate landscapes lensed by Shane F Kelly (The Last Right, Boyhood) and by a rich, dynamic original score composed by Colm Mac Con Iomaire (Out of Innocence [+see also:
trailer
film profile], Dare to Be Wild).

On a very positive note, the story’s resolution manages to disclose just enough for the viewer while not taking an overly obvious path. Said conclusion allows the film to emerge as a sort of unconventional “parable of the prodigal son”, where great emphasis has been placed on the novelist’s experience of displacement. Both points of view – Matt’s one and that of those who stayed in County Tyrone – are explored in depth and contribute to delivering a credible piece. In addition, the picture serves as a powerful metaphor for a divided country, where the scars of the recent conflicts are still visible. Broderick’s independent flick is a simple but carefully crafted story that will hopefully find the recognition it deserves on the festival circuit and, later, through its distribution channels.

A Bend in the River was staged by Dublin-based outfit MK1 Productions.

more about: A Bend in the River

Interview: Colin Broderick • Director of A Bend in the River

We interviewed Ireland’s Colin Broderick, who talked to us about the making of his sophomore feature, A Bend in the River

Review: A Bend in the River

Colin Broderick’s second feature, world-premiered at Belfast, is a melancholic journey following a writer as he returns to his native County Tyrone in Northern Ireland after 26 years 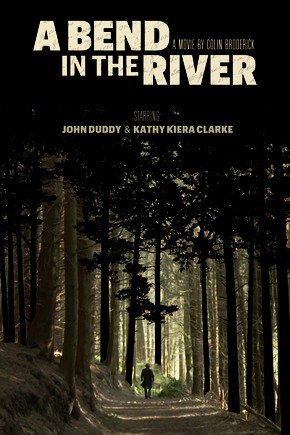 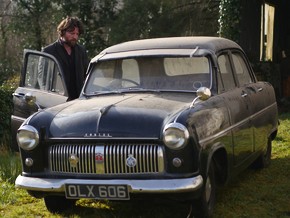 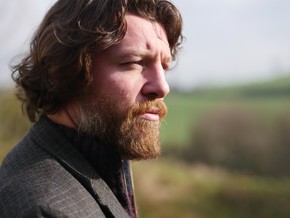 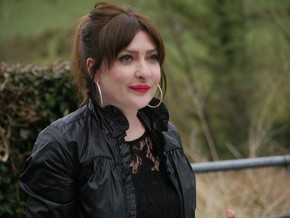