Review: I Have Been Waiting for You

14/12/2020 - Stéphanie Pillonca explores the topic of adoption from four points of view in this highly emotive documentary where the past, the present and the future meld together to form a child

"I feel really alone and I keep my mouth shut when I see that storks are dropping babies all around me, that they’ve passed by this way. I want to scream, I feel like crying, I throw my arms around your neck. What do other people do? What do they have that we don’t?" Spoken by one the film’s protagonists, these words from the song Je veux un enfant by the musical duo Brigitte deeply resonate with the sentiment at the heart of Stéphanie Pillonca’s documentary I Have Been Waiting for You [+see also:
trailer
film profile], which is set to be presented in a premiere tomorrow at the Digital Off-Piste edition of the Les Arcs Film Festival - now in its twelfth year - and which will be released in France in early 2021, on a date as yet to be confirmed.

An eminently universal emotion, the desire to have a child can become crushingly overwhelming when laden with complications, because an intense link between the past, the present and the future lies in the balance, causing us to be consumed by our most highly instinctive impulses, the latter driven by our own personal history, and giving rise to all manner of emotions. It’s at this intersection, where joy and suffering, hope and disappointment, and reflections of who we are and who we will go on to be all cross paths, that the director (who is signing her name to her second feature film after her fiction début The Poisoning Angel [+see also:
trailer
film profile]) has chosen to position herself, favouring a pluralistic approach to follow four journeys and to reflect upon adoption.

On the one hand, we have two couples who are already engaged in the adoption process: one couple who have only just set out along that particular track and are racked with anxiety over the upcoming interviews and home visits that have been organised in order to assess their application ("you hope it’s going to be a wonderful adventure, but you don’t know how far you can go with it, and no-one can tell you that either"), and another who have had their application approved, but have been waiting for almost three years for a child to come their way ("to begin with, every week people would ask us whether we’d heard anything, and we’d explain that as soon as we did, we’d tell them, and that that day might not ever come") – four individuals who have clearly travelled a particularly poignant (or rather deeply moving) path, which has led to their decision to adopt.

On the other hand, the documentary opens the floor to a mother who gave birth anonymously (the heart-breaking story of a 16-year-old English teen who fell pregnant following her first sexual encounter, managed to conceal her pregnancy, gave birth alone in a holiday apartment during a family skiing break in France and was convinced by her parents to give up the baby while still in shock in the aftermath of labour) and who dreams of finding her son almost 30 years on ("I’d like to know where he is, whether he’s happy, what he’s doing now") in a bid to soothe her soul which is heavy with guilt but also bursting with unsatiated maternal love. This touching need to reconnect is also felt by a French father who is struggling to find out more about the woman who gave birth to him anonymously in 1972 ("I have a lot of questions which I would really like answers to").

Scripted by the director alongside Astrid de Lauzanne, I Have Been Waiting for You is a documentary of testimonials which the filmmaker brings to life brilliantly on screen. And whilst the power of the characters might feel relatively uneven, owing to the greater emotional pelt of certain paths, the film’s four angles are totally warranted because, ultimately, a child is a complex combination of emotions, a projection and a reality, representing everything, but also everyone.

I Have Been Waiting for You was produced by Wonder Films and is sold worldwide by Pyramide.

more about: I Have Been Waiting for You

Review: I Have Been Waiting for You

Stéphanie Pillonca explores the topic of adoption from four points of view in this highly emotive documentary where the past, the present and the future meld together to form a child

Pyramide to the power of 17 at Venice and Toronto

The French sales agent’s slate includes two films being showcased at Venice, four at Toronto, six titles in post-production and an upcoming documentary by Marianne Khoury

Standing out on the French sales agent’s line-up are Oliver Laxe’s Fire Will Come, Patricio Guzmán’s The Cordillera of Dreams and César Diaz’s Our Mothers 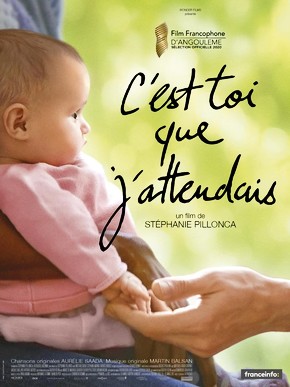