28/01/2021 - Lluís Quílez’s second feature is a prison-set thriller and road movie, which begins in mundane fashion but ups the levels of adrenaline and excitement in the second half

Javier Gutiérrez in Below Zero

Barcelona-born director and film teacher Lluís Quílez has stated that, with his second feature, Below Zero [+see also:
trailer
interview: Lluís Quílez
film profile], he has tried to rekindle the spirit of 1970s and 1980s thrillers – titles such as Duel, the debut feature by Steven Spielberg, and Assault on Precinct 13, helmed by John Carpenter. In particular, it’s the former that especially comes to mind when watching some of the scenes from this work, which is set in a prison but which has the soul of a road movie. The action unfolds over just a few hours and also ties in with mainstream titles from the 1990s, such as Con Air by Simon West, as the process of transferring a group of dangerous criminals serves as both the beginning and the main flashpoint for this entertaining flick, which is being released simultaneously in 190 countries on Friday 29 January, via Netflix.

Originally intended to be screened in movie theatres, it will be the popular streaming platform that will be in charge of eventually rolling it out to the public, in light of the limitations that the COVID-19 pandemic has imposed upon commercial releases all over the world. However, as Quílez states, as a kid, he himself enjoyed watching “big” films on the small screen: on the TV channels or on VHS tapes that he would rent from his neighbourhood video store.

Below Zero, with a screenplay penned by the director together with Fernando Navarro (A Perfect Enemy [+see also:
film review
trailer
interview: Kike Maíllo
film profile] by Kike Maíllo, which will be released on the same day, also directly online, by the Filmin website), begins by introducing us to its protagonist, an everyday man and father, who works as a police officer (played by Javier Gutiérrez). He is assigned a mission to pick up some prisoners and transfer them from one penitentiary to another in a high-security armoured prison van. Thus begins an adventure that adheres to a process that’s really par for the course now in this type of film: using nothing more than a few brush strokes, each of these dangerous convicts must be introduced – and they’re a handful of shady individuals with whom nobody would willingly go on an outing.

The shenanigans begin, and one of them... But let’s not disclose anything more, because, as we have already seen in far too many prison flicks – from Papillon [+see also:
trailer
film profile] to Victory, via The Shawshank Redemption – few people relish the idea of sleeping behind bars. And it’s in this very aspect of a yearning for freedom where Below Zero finds itself floundering the most: this is because it limits itself to staying within the confines of the usual, well-worn parameters of the mini-cinematic genre that it belongs to.

However, from around the halfway point, this feature with mainstream aspirations, which takes place over the course of one night filled with countless surprises, begins to take flight on an emotional level and also gives us a good dose of adrenaline, culminating in an explosive finale: a bold, complex and controversial denouement, which – much like that of David Fincher’s Seven – appeals to personal ethics and could well spark a heated debate once the screening is over.

Below Zero is a production by Morena Films, Amorós Producciones, Radio Televisión Española and Netflix, which is releasing it worldwide. It secured support from ICEC, and its international sales are overseen by Film Factory Entertainment.

more about: Below Zero

“I like shoots where there’s lots of complexity and hardship”

The Catalan filmmaker is about to unveil his first Spanish-language feature film, a thriller with an all-male cast set to premiere to an international audience on Netflix

Lluís Quílez’s second feature is a prison-set thriller and road movie, which begins in mundane fashion but ups the levels of adrenaline and excitement in the second half

The provisional 2019 list of general production support for film projects has just been made public; Coixet’s Nieva en Benidorm and Bollaín’s La boda de Rosa are two of the recipients 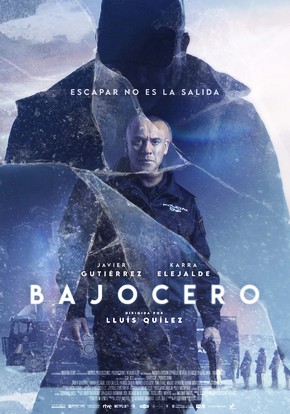 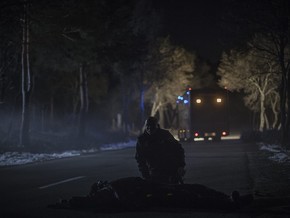 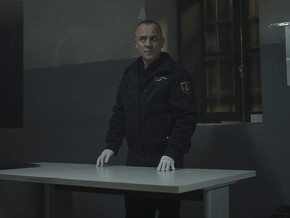