After Tutti giù [+see also:
trailer
film profile] (2012), Niccolò Castelli’s debut feature film which was selected for various national and international festivals, including Locarno, and his medium-length movie Looking For Sunshine, the Swiss director is returning to the city on the Aare River for the premiere of his latest work Atlas [+see also:
interview: Niccolò Castelli
film profile], which is opening this year’s Solothurn Film Days.

An avid climber and music lover, Allegra (Matilda De Angelis, a rising star on the Italian film scene who is currently starring in the cast of the HBO mini-series The Undoing alongside Nicole Kidman) is in Morocco when she, her partner and a couple of friends become the victims of an horrific terrorist attack. She is the only one to survive. Her body, despite its wounds, is slowly beginning to heal, but the trauma which engulfs her is relentlessly all-consuming. Fear and a thirst for revenge are the only emotions driving her forwards, pushing her towards a world of solitude and incomprehension. Left numb by her family and friends’ efforts to ease her suffering, Allegra is determined to face this personal trauma alone, despite everyone seemingly wanting to share in it. Atlas’ protagonist will need to embark upon a long road leading to some sort of acceptance, a battle against herself in search of a glimmer of light in a sky that’s blacker than night. An unexpected encounter with Arad, a young refugee from the Middle East, will help her face up to the ghosts of her past and to a trauma she’s still struggling to process. Trusting someone she doesn’t know and embracing life once again with the positivity and freedom she once felt, feels like an unachievable goal for Allegra.

Despite being based on real-life events – a bomb explosion in Marrakech’s Café Argana on 28 April 2011, which caused the death of eighteen people, including three individuals from Switzerland’s canton of Ticino (the very same region the director hails from) – Castelli’s latest work doesn’t limit itself to reconstructing one single event. As the director himself admitted, Atlas, which takes as its starting point a traumatic event (rooted in extremist Islamic terrorism) experienced first-hand by the protagonist, “is an attempt to understand how it’s possible to overcome our fears by meeting and opening ourselves up to different people and different things”. The Swiss director sets himself the goal of expressing, through images (both sophisticated and elegant thanks to Pietro Zuercher’s photography), the unspeakable, the horror of an experience from which no-one emerges unscathed. From this perspective, the trauma experienced by Allegra becomes a metaphor for a collective, social fear which has infiltrated our (privileged) society, robbing us of a carefreeness which we believed to be eternal.

Although the subject of encounters with otherness has already been explored by numerous Swiss directors in recent years (primarily via documentaries but also fiction feature films), Castelli nonetheless manages to examine this topic without falling into the trap of “do-goodery” or, worse, offering up a clichéd story about a love which allows them to overcome cultural differences, like some miraculous balm. In reality, Allegra is an independent character who tries to overcome her trauma without reliance on others, least of all some cisgender “hero” (even if her meeting with Arad does lead us to fear the worst). More than a direct reflection on the causes behind the terrorist attack suffered by the protagonist (the film doesn’t offer any further details in this respect), Atlas sets itself the goal of encouraging the audience to reflect upon the privileges enjoyed by Western society, which believes itself to be immune to such horrors on account of a brand of civic mindedness of which it is, supposedly, the sole custodian.

Atlas is produced by Swiss group Imagofilm (Lugano), who hold the film’s international rights, in co-production with Belgium’s Climax Films (Brussels) and Italian firm Tempesta (Rome). The film is sold internationally by Vision Distribution and distributed in Switzerland by Outside the Box.

“A universal story to tackle fear of what is different”

The tenth When East Meets West finalises its selection

The Italian co-production forum, which this year is focusing on Germany, Austria and Switzerland, as well as Hungary, Moldova and Romania, has unveiled its picks for its sidebars plus their juries 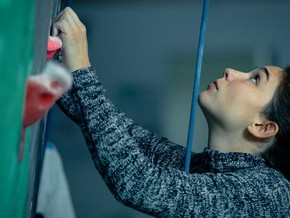