26/01/2021 - Nick Brandestini’s third film is an ode to life and nature which uncovers dark and disturbing feelings, a delicate portrait of two boys combining magic and harsh reality

With the arrival of his third documentary Sapelo, Nick Brandestini’s identity as a director is really beginning to take shape. What intrigues him are deviations from the norm, places and societies which assert their history and traditions in order to escape homogenisation and the seductive call of consumerism. It’s no coincidence, therefore, that after depicting the daily lives of the thirty-five inhabitants of Darwin and of the kids populating Children of the Arctic, the filmmaker’s gaze has shifted to Sapelo Island in Georgia, which is home to an increasingly small yet feisty indigenous community. Constantly treading the line between standardisation and escape, the micro-communities captured on camera by Nick Brandestini represent oases, rejuvenating anomalies within the oftentimes threatening, consumerist jungle around them.

This time it’s two brothers, JerMarkest and Johnathan, who accompany the director as he discovers Sapelo Island, but primarily as he learns what the island represents for them. A reassuring and encouraging embrace, the off-camera voice of their adoptive mother Cornelia Walker Bailey, an heiress of ancestral beliefs, accompanies their day-to-day activities. Her presence has a powerfully enchanting effect upon them. An adoptive mother who morphs into an Earth mother, Cornelia Walker Bailey anchors the brothers to the land of their forebears in spite of the difficulties plaguing their life: absent fathers, mothers who struggle to survive and the violence afflicting the streets of Brunswich, just on the other side of the bay. Inevitably, therefore, her devastating death endangers an already precarious equilibrium. It forces the entire family to rethink their lives and values, and drives the small and frightened community they have built up around them to look for her in the magic which has always inhabited Sapelo Island.

Between the need to vent a rage and an energy which only Sapelo seems capable of taming, and the responsibility to perpetuate a tradition which feels increasingly remote, JerMarkest, but first and foremost the unpredictable Johnathan, fight against demons which are sometimes far bigger than they are. Rich with staggering beautiful images which are magnificent yet never conceited, Sapelo leaves the two brothers to express their impudence freely, not to mention the fragility which makes them so unique and terribly authentic. Their gaze, at times turned directly to the camera, rips through us like a bullet before reminding us of the naivety that comes with their very young age: “excuse my language”, says Johnathan to the director at a certain point in the film, with a touch of malice. If the boys’ transition to adulthood seems anything but smooth, the memory and history that their adoptive mother has bequeathed them nonetheless encourages us to hope for a happy ending; nothing too predictable but rather a cathartic kind, where the protagonists walk into the unknown with hope, the same hope that characterised Cornelia Walker Bailey’s existence. Sincere to the last, Sapelo sings of life in all its complexities, without ever forgetting to inject a much-needed measure of magic, one which we have an increasing tendency to bury under oppressive layers of rationalism.

Sapelo is produced by Envi Films AG who are also entrusted with international sales.

Nick Brandestini’s third film is an ode to life and nature which uncovers dark and disturbing feelings, a delicate portrait of two boys combining magic and harsh reality 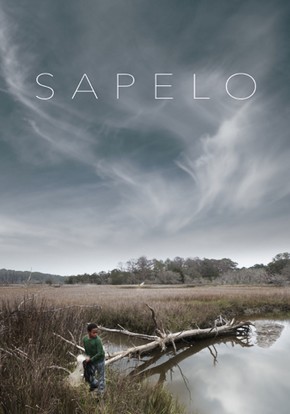 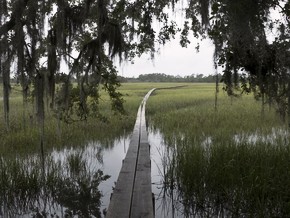 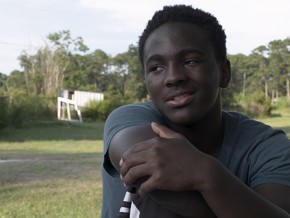 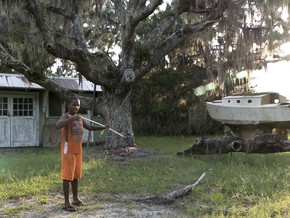