"What it feels like is a door to an invisible world". Much like its title, which references a famous magic trick performed by the magician Harry Kellar in the second half of the 19th century, Adrien Genoudet’s first feature film Levitation of Princess Karnak [+see also:
trailer
film profile] - which was unveiled at Belfort’s EntreVues Film Festival and presented (online) in competition  this week at the 33rd Angers' Premiers Plans Film Festival - plunges us into an atmosphere of suspense amidst a mysterious catastrophe ("a series of disappearances" whose repercussions strongly resonate with the ongoing global pandemic) which drives two Parisians to take to the road and leave for Italy. Deftly opting for a minimalist approach which places the emphasis on a tangible imaginary world and a very physical day-to-day lifestyle (in which nature, food and wine play an important part), the filmmaker signs his name to a strangely charming road movie which borders on spellbinding, is mirage-like in kind and unfolds amidst a crepuscular civilisation.

"It’s been a long time since I’ve wondered what it might do to the body, to the heart and to the mind to live at a time when all our alarm bells are set ringing within the space of a year. Would we notice it? Would we take stock of it? Would we think about it? Would we dream about it? Would we get sick of it? Would we allow it to take us by surprise? Would we feel powerless? Would we decide to take action? And if so, how? Would we think about leaving if we could? But where would we go?" These are the questions the film’s narrator Paul (Louis Séguin) asks himself in a voice-over. How far away it now feels, the engagement party thrown by Camille (Hugues Perrot) five years earlier in a Parisian bar, which forms the focus of a very well-made opening sequence. Back then, their entire group of friends raised their glasses and toasted “To love” before throwing themselves into a group rendition of Viens Fifine (as sung by Jean Gabin in Marc Allégret’s 1934 film Zouzou).

Now, Paul and Camille sit alone in a car, the former having been left by his girlfriend and the latter moping since his fiancée’s disappearance. With the authorities ordering the evacuation of Paris, they’ve decided to leave together to join Paul’s brother who lives in a little village in Italy. Over the course of their journey, characterised by somewhat spartan travelling conditions, they meet two loners living in the isolation of the French countryside of their own volition. The first is a stranger they meet by accident, the second a former partner of Camille’s from a band, but both of them offer up snippets of their existentialist philosophies to our two protagonists. And then they come to the end of their journey, to a country fortified by necropolises and charms…

Flirting with several genres (social realism, post-apocalyptic survival, romance and political films which make us think "about a generation who were put in shopping trolleys as kids" and whose world of urban abundance suddenly crumbles), Levitation of Princess Karnak very cleverly plays on its strangeness in order to compensate for its clearly limited resources. It’s an original odyssey strewn with subtle touches of mysticism, which demands a certain level of open-mindedness from the viewer and which ends (in the utmost mystery) to the masterful tune of Gracia a la vida.

Levitation of Princess Karnak was produced by Hippocampe Productions, who are also handling international sales.

more about: Levitation of Princess Karnak

The 33rd edition of the Anjou festival will unspool online from 25 to 31 January, notably offering up a competition of nine feature films, which will be assessed by a jury helmed by Pierre Salvadori 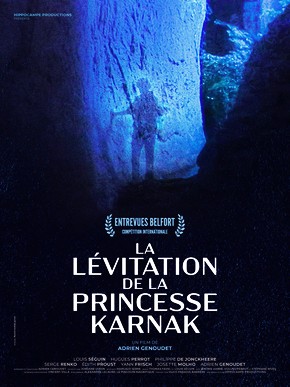 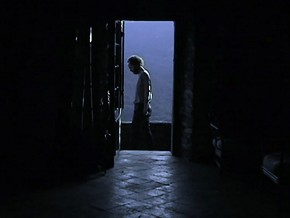 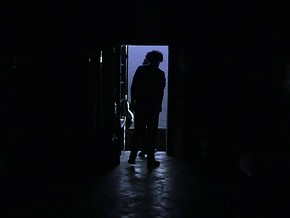