29/01/2021 - Awarded Critics’ Week’s 2020 label, Just Philippot’s first feature film is causing a sensation everywhere it goes ahead of its cinema release in France, Spain and China, and elsewhere via Netflix

Suliane Brahim in The Swarm

It’s a rather spectacular entrance into the wonderful world of feature films, and into the wider realm of international cinema, that French director Just Philippot has made with The Swarm [+see also:
trailer
interview: Just Philippot
film profile], a work which was awarded Cannes’ 2020 Critics’ Week label, which was doubly honoured at Sitges (with the Jury Special Prize and Best Actress accolade) and which is currently revealing itself to be a huge attraction in the competition of the 26th Gérardmer Fantastic Film Festival (online from 27 to 31 January), where it is dominating viewing figure rankings, hands down. It’s an extraordinary and highly deserved infatuation which Netflix are sharing in, having already bought this phenomenal film for all the world barring France, Spain and China where cinema releases are ready and raring to go, awaiting the re-opening of movie theatres.

What’s the reason for this general enthusiasm? Philippot’s work masterfully blends together arthouse film and genre film (sci-fi or fantasy film, whichever you like) in a style which swings between Jeff Nichols’ Take Shelter and David Cronenberg’s The Fly; it’s an exploration which is both sociological - delving into a rural world that’s fast favouring organic production (though still pressured by the dictates of yields) - and psychological - with its portrayal of a mother who sacrifices herself to try to save her children – and is nothing short of a masterclass on how to incorporate special effects within a naturalistic set-up.

"Everyone’s saying it: your mum has lost the plot." Life hasn’t been easy for teenager Laura (Marie Narbonne) and her little brother Gaston (Raphaël Romand) since their father died. Their mother Virginie (the exceptional Suliane Brahim, a pensionnaire of the Comédie Française who stole every scene in the series Black Spot) works tirelessly, teetering on the verge of bankruptcy at the head of their little farm where she raises locusts to produce high protein flour. But the returns are far too low and, to top it off, she is forced to operate within an extremely macho professional environment (with the exception of her wine-grower neighbour Karim – played by Sofiane Khammes – who has feelings for Virginie). It’s an impasse for which Virginie finds an unhoped-for exit when she accidentally discovers that locusts breed at an accelerated rate after ingesting blood. It’s a secret ingredient which paves the way to a staggeringly profitable rise in production. But it’s also a perilously addictive cycle…

A geodesic dome, greenhouses, an isolated farm… The setting for the thrilling story unfolding in The Swarm (which was written by Jérôme Genevray and Franck Victor) provides the director with an ideal terrain for his nigh-on rural documentary-style film, with his smooth and rapidly moving camera which gets up close and personal with his characters, and especially so with the locusts which have been filmed in all their detail and whose visual appearance and noises are the source of a growing and unsettling sense of malaise. It’s a suggestive work which slowly gains in force, much like the fantasy elements which invade the film’s realism before overwhelming it entirely, through some very impressive special effects from Antoine Moulineau.

Striking, captivating, simmering… The stunning mastery demonstrated by The Swarm can be traced back to a deeply rooted and well-digested love of cinema (Carpenter, Hitchcock, Spielberg, etc.), passed through the filter of a younger form of French film (ranging from Raw [+see also:
film review
trailer
interview: Julia Ducournau
film profile] to Revenge [+see also:
film review
trailer
interview: Coralie Fargeat
film profile]) which is shaking up the genre. We await the release of Just Philippot’s next film Acide with great anticipation.

Produced by Capricci Production and The Jokers Films, The Swarm was co-produced by Arte France Cinéma. Distribution in France will be managed by Les Bookmakers while international sales (which have already been agreed worldwide by Netflix) were steered by Wild Bunch.

more about: The Swarm

"To create a bridge between realism and fantasy, I decided to start from a true story"

In its new session dedicated to co-productions, the regional Walloon investment fund continues to lend aid to large-scale Italian co-productions

The two groups are coming together to develop 12 genre projects per year, both feature films and series, building on the So Film de Genre residency programme

In his first feature film, a Spade and Agat Films production sold by Wild Bunch International, the director draws inspiration from the clashes which took place between young people in the 1980s 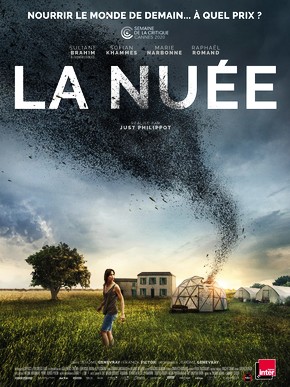 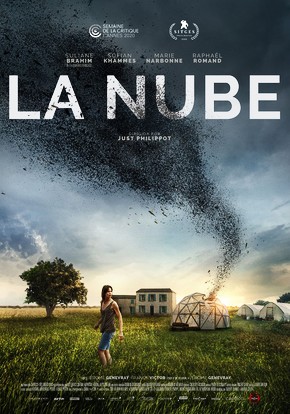 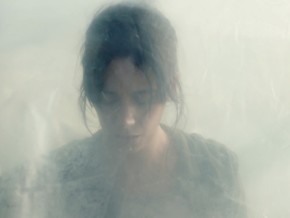 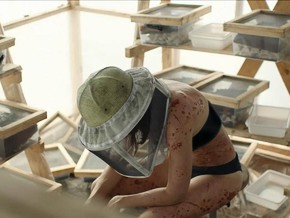 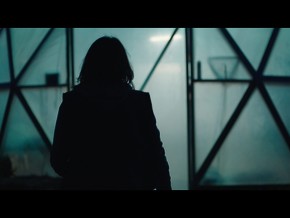