Starting out looking a lot like yet another story about a struggling actor, Itonje Søimer Guttormsen’s Gritt [+see also:
trailer
interview: Itonje Søimer Guttormsen
film profile] – shown in IFFR’s Tiger Competition and at the Göteborg Film Festival, following its world premiere at Tromsø – initially drowns in the kind of conversations that sound pretentious, and not only to their interlocutors, desperately figuring out how to weave “meta” into yet another sentence. But it swiftly shakes off any pretence, and mentions of some monstrosity called Three Colours of Ibsen, and goes off on a search that feels pretty bonkers, but also real and involving.

That’s not to say that its protagonist suddenly stops being annoying – frustrated yet completely broke, roaming around town with nothing more than some luggage and quickly antagonising any temporary host that might take her on, Birgitte Larsen's Gritt is certainly a handful. Desperate for any recognition and yet not quite vain, wiping her period blood on the wall without even batting an eyelid, she is fascinating to watch. She’s all nervous glances, skinny limbs and big ideas, like a project about “The White Inflammation”: apathy and an inability to act, which supposedly covers Scandinavia like a veil, and which precisely nobody is interested in.

While Gritt, already divided into chapters anyway, would arguably work better as a mini-series, it's still a funny-sad portrayal of a woman who is a mess and who, for the most part, is actually fine with it. It's almost as if Guttormsen decided to continue a very welcome trend, so delightfully perfected by Fleabag, for example. Also, in this case, it's better to expect a guinea pig-themed cafe than any signs pointing to a stable future, even though this time around, there are no romantic troubles to worry about. Gritt, to put it bluntly, has enough on her mind as it is, “working on a ritual”, then trying to get her project with refugees off the ground and, in an almost loopy turn of events, turning to a surprising ally for guidance: Lilith, the demonic presence known as Adam's first wife, who opted to flee, rather than spend one more day with him in Paradise. Oh, Adam.

There is a lot happening here, sometimes way too much, but thanks to Larsen, it's easy to forget that this is a performance and not an actual person – the kind of friend you can't stand for too long yet who is impossible to forget, pulling off stunts that most would just never dare to. Call it determination, call it cluelessness – either way, she is going at it like a steamroller. And once she attains some sort of peace, literal flowers in her hair and all, she becomes even more complex. As Guttormsen still wants to revisit her one day, following this and her earlier short, who knows where this newfound calm will lead her next. Her and her luggage, of course.

Gritt was produced by Norway’s Mer Film (also in charge of its international sales) and was co-produced by the director herself for Andropia.

We chatted to the Norwegian director about her feature debut, which revisits a struggling actress she introduced in her short Retract

The triple win for Benjamin Ree’s film, with additional gongs for Gunda and Generation Utøya, means a strong year for documentaries at the Norwegian national film awards 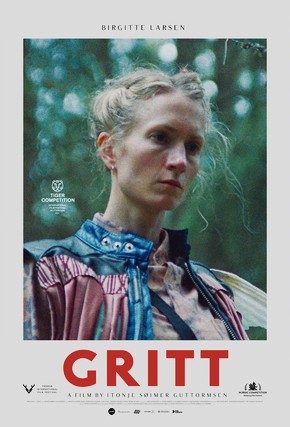 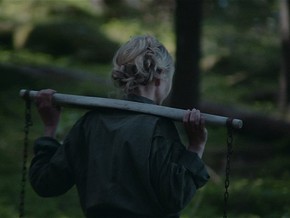