01/02/2021 - Maltese director Alex Camilleri reveals his talent with a subtle and unfamiliar debut feature film which tells an empathic, realist and informative tale of a young fisherman pushed to his limits

When a leak suddenly appears in a boat and, by extension, within one’s life, can the problem be solved by meticulously caulking the zone or is there a deeper, underlying issue at play heralding an inevitable end (or metamorphosis)? Such is the central theme with multiple ramifications explored in Luzzu [+see also:
trailer
interview: Alex Camilleri
film profile], the brilliant first feature film by Maltese director Alex Camilleri which has been unveiled in the 37th Sundance Film Festival’s World Cinema Dramatic competition.

Highly refreshing, at this time of drastically narrowed horizons, on account of the great gulps of fresh air afforded by its sunlit seascapes, the film picks masterfully (and honestly) at the thread of a very simple human story (a man, a profession under threat, a family unbalanced by financial constraints) to slowly tease out several other themes (local traditions contending with the evolution of the modern world, corruption, whether to adapt values and dreams to given realities, the burden of social class, the assumption of responsibilities and the need to be able to look at ourselves in the mirror, etc.). It’s a highly realistic, nigh-on documentarian exploration (enhanced by non-professional performances) which the director (who also wrote the screenplay) manages to transpose into a finely restrained fiction film, which easily arouses empathy over the often-difficult choices which present themselves at the crossroads of a human life - in this instance that of a man who is struggling in the present, caught between the past and the future.

The Ta’ Palma has belonged to the Jesmark (Jesmark Scicluna) family for several generations. This 12-foot wooden structure is a luzzu, a traditional Maltese boat painted in lively tones (yellow, red, green and blue) with a prow bearing the Phoenician eye intended to protect it from seaborn dangers. Young Jesmark loves both his job and the small community of fishermen populating his small town (which includes his friend David played by David Scicluna), but the profitability of his profession is on the rocks: fish are now in short supply, either horded by large trawlers or off limits as a result of seasonal regulation, market auctions are contemptuous of small-scale fishermen and, worst of all, his luzzu is leaking and in need of a full refurb. The fisherman also faces a further complication: his baby Aiden has growth problems and they need to consult with expensive specialists. "I’m going to take care of you", Jesmark reassures his wife Denise (Michela Farrugia) who nonetheless decides to seek help from her mother who has never thought much of Jesmark’s profession. His pride wounded, the fisherman tries anything and everything to find money to save his luzzu and his family (not to mention his relationship). But in so doing, he embarks upon paths which steer him away from his ideals and towards an avoidable series of events which will teach him a great deal about his environment and himself…

Utterly credible and perfect in its portrayal of the physical aspect of a fisherman’s world (catching the fish, cutting it up, the obligatory manual repair of equipment…), Luzzu is a highly engaging portrait of a strong-willed individual who is looking for a way out. But it also explores the inner workings of an ecosystem and a way of life which are undergoing rapid change (think European funding for retraining, various types of trafficking, environmental issues: "how much fish do you think there will be in twenty years’ time, given the rate at which temperatures are rising?"). Crafting an intimate drama which is rich in small yet complex touches (subtle thriller undertones, paternal and conjugal feelings put to the test against a backdrop of social differences and with money at the centre of everything), Alex Camilleri is making an incredibly promising debut, not least because he resists Manichaean temptations and knowingly holds back a raft of surprises…

Luzzu is produced by Noruz Films, Luzzu Ltd, Pellikola and Maborosi Films, and is sold by Memento Films International.

“For Malta to be itself, I chose locations that stayed away from the ‘picture postcard’ views of the island”

European films feature prominently among the nominees for the Spirit Awards 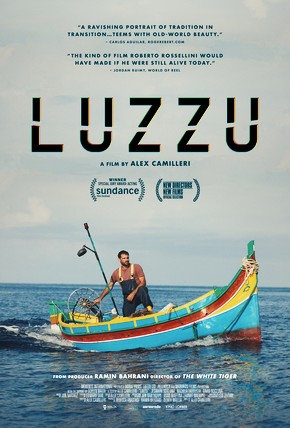 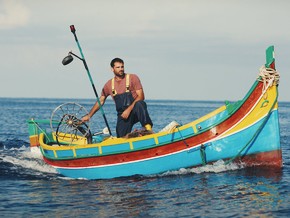