This new drama, penned by the director himself, revolves around a wealthy, cosmopolitan family from an unnamed German city – probably Berlin – headed by parents Nina (Sabine Timoteo) and Jan (Mark Waschke), who own a prestigious advertising agency and have two children, teenager Emma (Jule Hermann) and her younger brother Max (Wanja Valentin Kube), the owner of a small pet rat called Zorro. In the first few scenes, we see the family getting ready to spend a weekend in their holiday home, when their getaway is suddenly interrupted by a burglary, after which Zorro mysteriously disappears.

From the very beginning, both the actors’ performances and the gloomy visual atmosphere instil in the viewer the feeling that something very wrong is going to happen imminently and that the protagonists have a wealth of secrets to hide. Except for the sudden burglary – which we don’t see happening on screen, but which we do hear through Nina’s screams and someone’s footsteps – the first third of the film plods along with a very slow narrative (and performative) pace.

The feature moves on with a deliberate combination of flashbacks and flash-forwards, the chronology of which is difficult to decipher. These twists and turns are exploited by Trocker to show – and in many cases, just touch upon – the family’s hidden conflicts. Specifically, these are a collapsing marriage, a lack of communication within the family environment, and a distant relationship between parents and children: in other words, nothing new under the sun. After arousing an initial interest in finding out what’s behind the home invasion and focusing on the pair’s clashes caused by their working for a new, politically minded client, the film essentially fails to keep the viewer hooked. The picture continuously builds up expectations, providing a few hints little by little, but is not able to fulfil them or even create a decent level of empathy with the characters.

Away from the advertising agency-related subplot, the scene depicting the political opponents’ intimidatory action – hinted at through green splashes of paint suddenly appearing on the agency’s windows, followed by a power outage – is one of the most cinematically effective and could even serve as a rude awakening after the soporific setup.

Moreover, the cosmopolitan, bourgeois dimension of this French- and German-speaking family, who love to sip Italian espresso and seem to embrace multiple Mitteleuropean identities, does not serve the plot particularly well, and as it stands, it seems like a choice that was solely driven by the co-production’s potential European appeal. Although technically well crafted, the cinematography by Klemens Hufnagl remains constantly dominated by shades of grey, pale interiors and cloudy landscapes, and accidentally reflects the general dullness of the script and the one-dimensional lead characters – all of whom, to some extent, are melancholic, frustrated and resigned from the beginning until the end. The closure of the narrative arc leaves many questions unanswered, and this only compounds the disorientating, unrewarding viewing experience.

In summary, here Trocker takes a minimalistic route – a handful of defined locations, four main actors, a limited loop of events to show and no frills – that is perhaps appealing and worth exploring in purely aesthetic terms, but is sorely lacking in narrative depth and consistency.

“Personally, I like it very much when a film cannot be read in only one way, but it is also risky”

We talked to the German director, whose second feature premiered at Sundance, in the World Cinema Dramatic Competition

Christoph Hochhäusler's new thriller Learning to Die is in post-production

A German-Austrian cast composed of Timocin Ziegler, Thea Ehre and Michael Sideris are to play the main characters in this story of crime and love 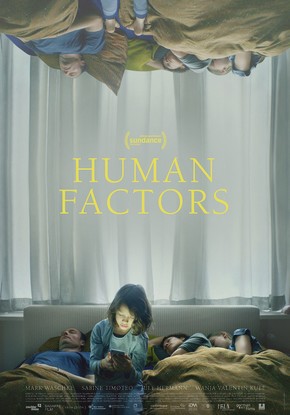 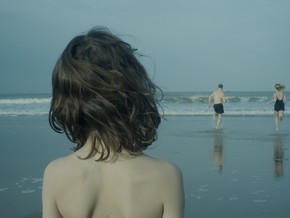 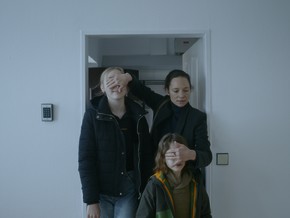