03/02/2021 - Ainhoa Rodríguez immerses us in deepest Extremadura, where women yearn to release themselves from the yoke of the patriarchy, while enjoying their lively female-only social gatherings

The poster for Mighty Flash [+see also:
trailer
interview: Ainhoa Rodríguez
film profile], the feature debut by Ainhoa Rodríguez, which is world-premiering in the Tiger Competition of the 50th International Film Festival Rotterdam, is one of the most suggestive and beautiful that this writer can remember of late. It shows an illustrated female figure holding a cigarette in one hand and a traditional sweet from Extremadura in the other, while a cage with a single flame burning inside it emerges from the top of her open head. It would be impossible to come up with a better suggestion of the nuances of this movie than this illustration (which is the work of Santiago Cubides and Bea Riber López).

Some interesting topics are broached here by the filmmaker, who was born in Madrid but grew up in the province of Badajoz. The latter region is where she shot this film, which gets inside the viewer’s head and goes off with a bang, as hinted at by the title. Because nothing in the feature – or outside it, like the poster mentioned above – sticks to narrative or genre-based rules: is it a documentary or a fiction? A feminist accusation or a vindication of vagueness? Does it appeal to tradition or succumb to progress? Is it naturalistic or surrealistic? A social portrait or unbridled fantasy? Does it extol the virtues of the rural way of life or condemn the cruelties of the abandoned corners of Spain? It will be up to the viewer to decide...

Rodríguez offers the audience all of these possible interpretations, starting with some extremely beautiful shots where different characters with their own unique stories, played by non-professional actors and actresses, enter the frame. With a powerful dreamlike aspect that differentiates it from Juan Palacios’ Inland [+see also:
film review
trailer
film profile], another film that also focused on the least-explored corners of rural Spain, Mighty Flash ends up morphing into something exotic, much like Palacios’ work, as the places and residents that they depict are occupying less and less space in the media these days. It’s only cinema – and documentaries in particular – that seems to turn its attention to those forgotten landscapes that appear as though they are frozen in time.

Showing the utmost respect for the people she portrays, but still making good use of irony and humour, in her debut feature, Rodríguez has combined psychedelic music with the traditional songs of Tierra de Barros (the county where the action unfolds), the religiousness of its Holy Week with the female complicity found in the neighbourhood associations (which are veritable celebrations of verbal – and even sexual – liberation), and anger over abhorrent past events with empathy of the most infectious kind. All of this turns it into a two-sided film, which fascinates at times and perplexes at others. It will surprise viewers thanks to its bravery and provides its characters with encouragement, especially when the splendour alluded to by the title can be glimpsed in their lives, so painfully in need of some kind of luminous stimulus that will release them from their age-old yokes (but without prising them away from their fully justifiable, identity-forging and defensible traditions).

Mighty Flash, with a screenplay penned by the director, is a production by Tentación Cabiria and Eddie Saeta (run by Lluís Miñarro), which is also in charge of its international sales.

“Every people still has its cross to bear”

The Spanish filmmaker is competing for the Tiger Award at Rotterdam with her feature debut, which won prizes at post-production forums and secured the support of Lluís Miñarro

Ainhoa Rodríguez immerses us in deepest Extremadura, where women yearn to release themselves from the yoke of the patriarchy, while enjoying their lively female-only social gatherings

This year’s gathering, which was held purely online, has handed out its most high-profile awards to the Spanish production directed by Fon Cortizo and to Daria Woszek’s Polish effort 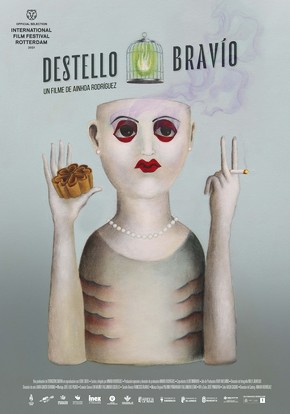 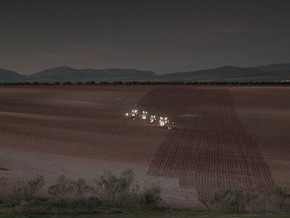 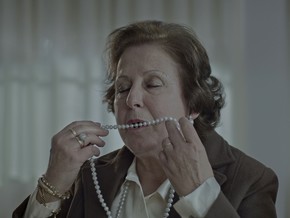 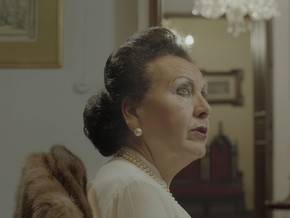 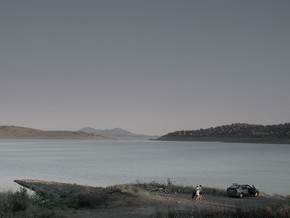