With a conflict as complex as the military intervention against ISIS, it’s naive to assume that when the main territorial assault concludes, the war is over. The documentary Sabaya [+see also:
interview: Hogir Hirori
film profile]’s perspective on this is to illuminate just one example of this perennial state of war, here meaning the fate of the thousands of women captured and forced into sex slavery by the self-proclaimed caliphate. These women are known as the sabaya, a term not well known in public discourse about ISIS, aka Daesh. A short, sharp shock more than an exhaustive study, this was a notable success at the just-concluded Sundance Film Festival for Swedish director Hogir Hirori, who walked away with the Directing Award in the World Cinema Documentary Competition (see the news).

It’s too placid-sounding to describe this film as an observational documentary, although that is strictly what it is. More aptly, this is an utterly immediate, present-tense film that foists us into dangerous events as they’re happening, yet we never feel like the camera is an unwelcome presence, turning the situation unnatural just by being there. The feature’s two main male protagonists seem too harried and occupied to notice it. They are Mahmud and Ziyad, who run the Yazidi Home Centre in northeast Syria, which serves as one of the film’s two main locations. Coming off like heroic inspirations for the kinds of roles that famous actors play in films about conflict zones, they are entrusted with locating and extracting the sabaya, hidden deep in the sprawling Al-Hawl refugee camp now largely populated by former Daesh loyalists. The cool-headed bravery they emanate is completely inspiring, although maybe this is just another mask for the trauma of war.

Director Hirori’s position in this ensemble is akin to another volunteer (he is of Kurdish origin, the other group brutally persecuted in the conflict). He shoots the night-time raids from white-knuckle, over-the-shoulder angles, seeking out the women identified by female spies, known as “infiltrators”, who embed themselves into the camp posing as Daesh followers. We observe these successive sequences knowing full well that the principals – and the filmmaker – are in fatal danger; courage is too negligible a word. Then the women are ferried home to the centre for what could be described as deprogramming and given a new head-covering in lieu of the sheer-black burqa, all undertaken in a ritualised manner by Mahmud’s wife, Siham.

The testimonies then given by these survivors are heart-wrenching, the most candidly human moments in the film by far. Leila, a woman whose whole family were slaughtered in front of her, before she was married off for five years to a Daesh man, announces that she “hates the world” and that “soon you will hear that I have committed suicide”. As we learn, these outcomes are all too common for the Yazidi women suddenly divested of their servitude; at the conclusion, we discover that many survivors return as infiltrators to assist with more rescues, allowing the documentary to end where it begins.

It’s a shame that the men in charge of administering the rescues stay so opaque to us; there’s nary a detail relating their background in the conflict, or any moments of reflection on their task. That’s because this film is just a small vignette, sadly, of a multifarious crisis that will have generations’ worth of impact.

Sabaya is a production of Sweden, staged by Lolav Media and Ginestra Film. SVT is the co-producer. The world sales are handled by Dogwoof.

“There were some dangerous situations, and I was stunned when I realised that they are part of the everyday life of the people there”

We talked to the Swedish director, whose documentary was shown at Sundance, in the World Cinema Documentary Competition 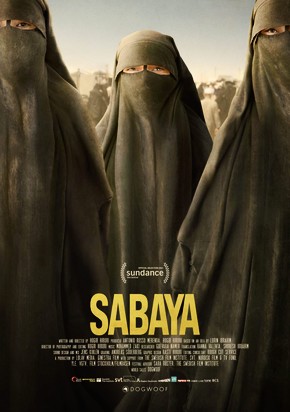 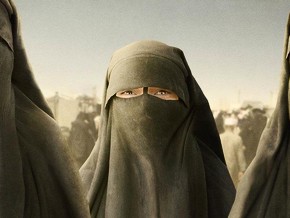 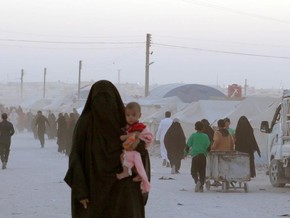