04/02/2021 - Jakub Piątek’s drama, shown in Sundance’s World Cinema Dramatic Competition, is all about waiting – but this time for some chairman, instead of Godot

Given all the giddy anticipation surrounding that New Year's Eve of 1999, with people worried about possible technical glitches or planes going down, yet downright excited about the arrival of a new millennium (if only they knew), it's actually strangely fitting that Jakub Piątek’s Polish Sundance entry Prime Time [+see also:
trailer
interview: Jakub Piątek
film profile] is all about waiting. But this time for some chairman, instead of Godot.

Using TV as his background, Piątek brings back the archive footage, and it's almost sad to see all that now, with kids building three-metre-tall igloos because they “want to achieve something extraordinary”, and so does everyone else on that day. In theory, at least, as – possible spoilers ahead – Prime Time is a story about a potentially revolutionary gesture running up against a wall of bureaucracy and other people's apathy, the extent of which Sebastian (Bartosz Bielenia) is about to discover.

A young man with the kind of baggage the debuting Piątek only lets you glimpse, he is desperate enough to hijack a TV studio in order to deliver his message live, without exactly stating what said message would be – in keeping with the film's insistence on not explaining a damn thing, ever. The fact that he takes two people, a well-known presenter and a security guard (Magdalena Popławska and Andrzej Kłak), hostage doesn't seem to speed the process up at all. Gun or no gun, there are some calls to be made first.

It's easy to see why Piątek's modest film – one that, at least on paper, teased some sort of “I'm mad as hell, and I'm not going to take it any more” frantic energy and was apparently inspired by a real-life occurrence – could be viewed as a frustrating experience. And yet, everyone's indifference somehow rings true, as to the producers or negotiators, Sebastian's request seems more annoying than shocking. Frankly, it just translates into more work and more papers to fill in, as well as turning all the way to the top for answers, as nobody is willing to do anything outside of their job description. If it's all about checking, say, entry passes, that's what you’re gonna get, boy. And in the meantime, sit back and relax.

It would be hilarious to ponder for a minute what some of the best action movies would have looked like when given the Piątek treatment – with John McClane patiently waiting to hear from his supervisors before even considering taking on Gruber – and it's just a shame that it's hard to get any sense of immediacy here. As the hapless trio is forced together, they predictably start to form some sort of connection, although do they, really? One has a background in acting, another doesn't really say much, and you will find yourself wanting to feel more for that sad twenty-something, playing tough yet reduced to a stammering mess once his father shows up. “I’m a Catholic; I don’t want to hurt anybody,” he could repeat after Pacino here. But no one seems to be listening anyway, waiting for all those planes to go down.

“We would often refer to the suitcase from Pulp Fiction: you don't know what's inside it either”

We talked to the Polish director about his debut feature, which revolves around a hijack situation at a TV studio

"Polish cinema's international presence is very strong, and I am certain it will remain so"

At New Horizons, Cineuropa talked with the head of industry about the latest edition of the event and what Polish cinema will bring in the future

From Gaspar Noé to Pete Webber, they will all be at the 18th New Directors New Films Festival to share their experiences, and other filmmakers will present their works in progress

The Netflix-produced third movie by the director of I Never Cry is set in 1980s communist Poland and is based on extensive research; the release is slated for autumn 2021

Jakub Piątek’s drama, shown in Sundance’s World Cinema Dramatic Competition, is all about waiting – but this time for some chairman, instead of Godot

Eleven film projects in post-production will be competing for the Eurimages Lab Project Award, while the Agora Lab is being introduced this year

Prime Time, “a fantasy about revolt and rebellion” is the feature debut from Jakub Piątek, who also co-wrote the script 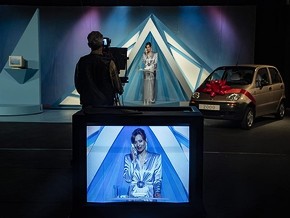 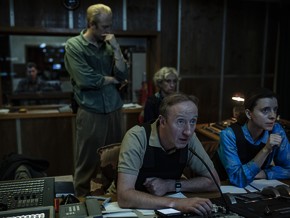 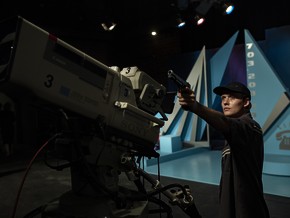