"Didn’t you ever think that there might be something else? Something we didn’t know about? That we didn’t see?" It’s into the depths of a very subtle game of hide and seek, of things left unsaid which suddenly pierce the surface of a universe constricted by conventions, and of successive revelations which transform into just as many lies, that Benoît Jacquot immerses himself in his new film Suzanna Andler [+see also:
trailer
film profile], which was unveiled in a world premiere in the 49th Rotterdam Film Festival, screening in its Limelight line-up.

Adapted from a play by Marguerite Duras, the film provides Charlotte Gainsbourg with an exceptional opportunity to paint the portrait of a grand bourgeois woman who has reached a (wrenching) crossroads in her life as a wife and mother and is looking for love and a new lease of life but is held back by her own contradictions. The actress lays herself totally bare, the tiniest of shudders up for scrutiny amidst the relatively extreme minimalism of the décor and the production chosen by the director. It’s a story unfolding at a certain time (between 11.25am and 7pm), in a certain place (a luxurious eight-bedroom villa on the edge of the Mediterranean, with its vast terrace and little beach below) and involving a certain amount of action (what will Suzanna choose? Her husband or her lover? Life or death? Truth or false pretences?) which is sustained by plentiful dialogue and which sets out certain conditions in terms of the film’s opening and with regard to viewer patience, but which holds its line perfectly and gains increasing depth as the main character’s complexity unfolds incrementally.

"There’s nothing great about me, I can tell you that. I’m one of the most cheated-on women on the Côte d’Azur”. “That doesn’t mean anything, and you know it." It’s 11.25am and Suzanna Andler, an exquisitely elegant forty-year-old (boots, fur coat, a very little yet very sensible black dress, short hair) is visiting a beautiful villa in the company of Monsieur Rivière (Nathan Willcocks) who knows her husband, the mega rich Jean Andler, very well. Left alone in the villa and promising a decision by the end of the afternoon, once she’s spoken with her husband who has remained in their Paris home, Suzanna is soon joined by her lover Michel (Niels Schneider, endowed with his usual charm and charisma) who then heads off before returning once again a little later on. In the meantime, on the beach, Suzanna bumps into Monique (Julia Roy) who is a local acquaintance (and a whole lot more, as it turns out) and has a telephone conversation with Jean.

Such is the seemingly crystal-clear context of this work, which is far more opaque than it first appears and which wields a scalpel of words to dissect the raw emotions (concealed beneath the distinctive veneer worn by the very privileged classes back in the 1960s) overwhelming a woman who is caught in the trap of a rich marriage and the ominous passing of time. It’s a situation full of paradoxes which the film picks apart as if a loose thread, where the harder we pull, the greater the volume of lies that unravel and the more Suzanna’s many inner realities are revealed. Soon it’s impossible to tell the truth from a lie, as if in a dream accompanying our twilight slumber.

With its ultra-smooth camera movements (courtesy of director of photography Christophe Beaucarne), Suzanna Andler successfully moves beyond the asceticism of its “theatrical”, film experience atmosphere (which will inevitably divide the audience), to constitute one of the best films put forward by Jacquot of late. 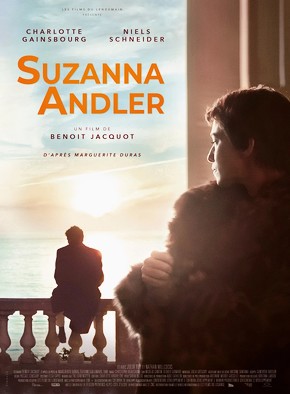 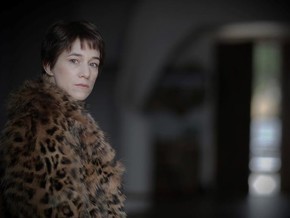 At the Marché du Film, panellists discuss the Green Charter and their work on making film festivals more sustainable

CANNES 2022: We talked to the Swiss director, whose latest feature tells the story of two very different people who are unable to live apart