Serbian-born, Berlin-based filmmaker Marta Popivoda and her co-writer and life partner Ana Vujanović broke out in 2013 with the Berlinale Forum archive footage documentary Yugoslavia, Or How Ideology Moved Our Collective Body. Now having its world-premiere at the International Film Festival Rotterdam, their new documentary Landscapes of Resistance [+see also:
trailer
interview: Marta Popivoda
film profile] also deals with a key aspect of the inception of their former country, but in a completely different way: while Yugoslavia was formally rigid and somewhat academic, Landscapes shines with spirit and emotion.

This comes from the multi-layered, incredibly accomplished, easy-to-follow structure of the film, but more importantly, from its unique protagonist. Sonja Vujanović is Ana's grandmother, a lifelong communist, Partisan fighter and Auschwitz survivor. She relates her experiences, from getting expelled from high school for "associating with communist youth" (this was while Yugoslavia was still a monarchy), joining the resistance, attacking a German train, getting caught and tortured by the Gestapo, and ending up in a Belgrade concentration camp before being sent to Auschwitz. None of this is new per se, however, the fantastically cinematic way the old lady is telling these stories certainly is.

As such, there was no reason for Popivoda to use archive footage. She instead combines these stories, which are most often told in a voice-over, with images of the places that bore witness to these events. None are signalled with on-screen text, but that doesn't matter. What is more important is how exquisitely they are filmed by DoP Ivan Marković (who has already proven his talent for finding fascinating images in apparently ordinary objects and locations in Angela Schanelec's I Was at Home, but... [+see also:
film review
trailer
interview: Angela Schanelec
film profile] and his own directorial debut From Tomorrow on, I Will [+see also:
film review
trailer
film profile]) and edited with crossfades by the most talented of Serbian editors, Jelena Maksimović.

Tree crowns at dawn fade into a stagnant pool of water at the edge of a village, strips of sunlight on a sofa in Sonja's apartment turn into a macro shot of the hair on her cat's back, and a crumpled blanket transforms into Sonja's bony, wrinkled hand with the blood visibly pumping in its vein.

There are several scenes in which we watch Sonja speak, and these have been filmed over a period of ten years. The relentless passage of time is matched only by Sonja's invincible spirit. Even as she needs help to get up from her chair or to pin her dignified grey hair, the lady quips and jokes, and then segues into descriptions of life in Auschwitz.

Throughout all this, Maksimović creates a serene, patient rhythm that never overstays its welcome, with frequent extended periods of silence that are only accompanied by excellent, naturalistic sound design by Jakov Munižaba. These take place after particularly impactful parts of Sonja's story, leaving the viewer time to take them in.

Popivoda connects her subject's time and struggle with her own today, through letters and diary entries that are scribbled in white over the morphing images. They relate to the current uprise of fascism, but also to the way the Balkans have been pushed even further into the cultural and economic fringes of Europe. Most significantly, Popivoda, Vujanović and arguably the whole crew seem to be coming from the same place as Sonja: when the pair moved to Berlin, she wrote them a letter saying "I don't mind that you went over to the Germans. After all, we weren't tortured by Germans, but Nazis."

It is inspiring to see that this genuine communist spirit, which is open and tolerant (as opposed to its totalitarian mutations) and puts humanity before ideology or nationality, still lives. On the other hand, the fact that we have to remind ourselves of who the real heroes are is worrying. But this is why we have Popivoda and Vujanović and many other Balkan filmmakers who keep the flame burning despite getting sabotaged and called traitors on a regular basis by the corrupt and self-interested governments of their own countries.

Landscapes of Resistance is a co-production between Serbia's Theory at Work and France's Bocalupo Films.

more about: Landscapes of Resistance

"In my work, I always deal with the tension between memory and history"

The Serbian director tells us about the genesis of her film playing at Rotterdam, the choice not to use archive footage, and more 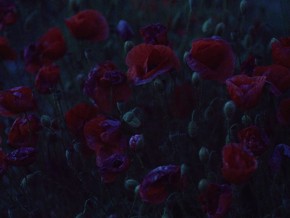 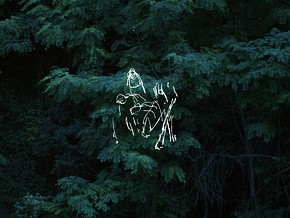 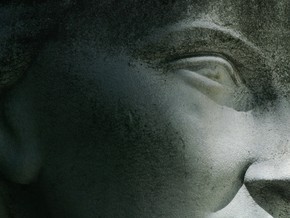 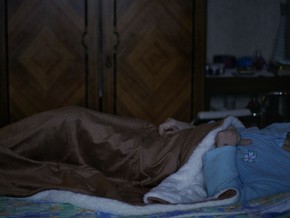