01/03/2021 - BERLINALE 2021: Bosnian filmmaker Igor Drljača's new crime-drama, which turns into a romance, is his most accomplished, touching and thought-provoking film yet

Pavle Čemerikić in The White Fortress

Sarajevo-born, Toronto-based director Igor Drljača returns to the Berlinale, where his previous feature, the documentary The Stone Speakers [+see also:
film review
trailer
film profile], had its world premiere in the Forum section in 2019. He is now bringing his most accomplished film to date, The White Fortress [+see also:
trailer
interview: Igor Drljača
film profile], to the Generation 14plus competition.

Faruk (Pavle Čemerikić) is a Sarajevo youngster who tries to make a living by selling scrap iron with his uncle (Jasmin Geljo) and getting dangerously involved in crime with his pal Almir (Kerim Čutuna). The crime in question is trafficking girls for big boss Čedo (Ermin Bravo), but it is not enough for Faruk to transport the teen Minela (Farah Hadžić) to a customer in his fortified, bodyguard-protected mansion. To show his dedication, Faruk is also expected to find and groom other young women into prostitution.

So in a central Sarajevo mall, our hero chats up high-school girl Mona (Sumeja Dardagan). Their relationship evolves into something warm and fuzzy, making Faruk question his recruitment plan. When he picks up a beaten-up Minela, his conviction to abort the mission solidifies. But Almir warns him that Čedo will not simply let it go.

Drljača sets the film firmly in the contrasts of Bosnian social reality. The hero lives with his ailing grandmother in an apartment that shows this family used to be respected and sophisticated before the war, but is now impoverished. All his life, Faruk has been seeing evidence that education and humane values do not count in this brutal society in transition, and so he tries to be opportunistic and "tough" like his peers.

Mona, on the other hand, belongs to the "new elite": she lives in a modern house in a posh part of the city and a driver takes her to her private international school in a Mercedes. Her father (Alban Ukaj) is a typical self-serving politician, and the elections are just around the corner. The parents want to send her to study in Canada where she would stay with her uncle and aunt. But Mona proves to be more than just another pampered brat.

Among many standout segments in the film, Minela's episode is heartbreaking and speaks volumes. When Faruk comes to take her to the customer, she is confident, even arrogant and acting like she's 25, but when he picks her up, we only see a broken little girl who calls her mother to tell her that the school trip is going well.

The film mixes the old with the modern in a creatively chaotic way, throwing in a legendary Yugoslav partisan film, text messages popping up on the screen, snapchat filters and a discussion about a reality show. The director refreshingly avoids filming Sarajevo's historical centre and focuses on apartment blocks in the suburbs and the steep streets on the edge of the city, except for the beautiful scene closing the film, which takes place at the titular fortress.

The White Fortress is a co-production between Bosnia's SCCA/Pro.ba and Canada's Timelapse Pictures.

more about: The White Fortress

Review: Where the Road Leads

Juraj Lerotić has won the Best Feature Film Award and the Cineuropa Award for his powerful movie, as well as a Best Actor gong for his own performance

BERLINALE 2021: Bosnian filmmaker Igor Drljača's new crime-drama, which turns into a romance, is his most accomplished, touching and thought-provoking film yet

With 15 films across two competitions, the section goes beyond the obvious, the dominant and the loud, and includes new voices in its line-up 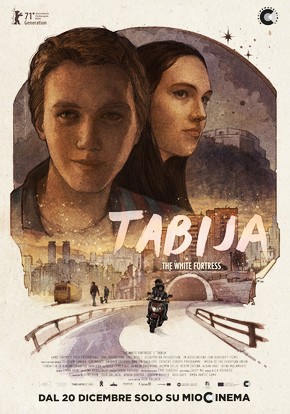 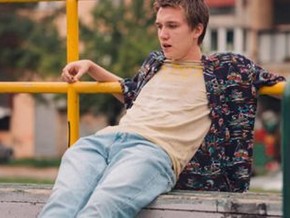