02/03/2021 - BERLINALE 2021: Swiss filmmaker Ramon Zürcher, here joined by his twin brother Silvan as co-director, continues his innovative mode of storytelling in this awaited follow-up to The Strange Little Cat

Following on from Denis Villeneuve’s Enemy, here we have another film pivoting on the eeriness of realising you share your immaculate city flat with a spider. A parable of containment and freedom, exterior space and inner life premiering in Berlinale’s Encounters competition, The Girl and the Spider [+see also:
trailer
interview: Ramon Zürcher and Silvan Zü…
film profile] is Ramon and Silvan Zürcher’s more realised follow-up to the similarly non-human-fixated The Strange Little Cat [+see also:
film review
trailer
interview: Ramon Zürcher
film profile]. Much from the earlier film is revisited and expanded upon here, to sometimes detrimental but often powerful effect.

After one barely feature-length debut, and now this fuller follow-up, it’s hard to recall many other contemporary directors who’ve immediately established such an eye-catching and inimitable style. The alternately entrancing and distancing technique is really the most relevant place to start with the Zürchers, where plot and characterisation are overwhelmed to such a degree that, as in the films of Jacques Tati, mise-en-scène becomes a synonym for story. The Strange Little Cat took place in near-real time, with a more precise unity of subject matter, style and location; arguably here, the demands of what they want to depict — the sundering of a close friendship between two young women — aren’t as appropriate a match for their formal bravura.

The Girl and the Spider has a similar plot set-up to Joanna Hogg’s own European festival hit Exhibition [+see also:
trailer
film profile]. Mara (Henriette Confurius) is experiencing a dazed state of isolation, as her close friend and roommate Lisa (Liliane Amuat) prepares to leave the handsome city apartment they’ve shared for a substantial though unclear period of time. As we know, moving property can be anything but a calm affair, often entangled in angst and bureaucracy, and so Lisa’s doting mother Astrid (Ursina Lardi, from The White Ribbon [+see also:
film review
trailer
interview: Michael Haneke
film profile]) is around to help. A handyman, Jurek (André M. Hennicke) and his younger assistant Jan (Flurin Giger) are making their presence noisily known, and their romantic interests too. Meanwhile, an older downstairs neighbour Kerstin (Dagna Litzenberger Vinet) forms an unlikely love triangle with Jan and Mara.

There’s a growing form of experimental filmmaking called the ‘desktop documentary’, depicting the sometimes detail-ridden screens of our computers and phones. The opening shot is just that: an architect’s floor plan of the apartment, with a cursor hovering across the diagram’s parallel lines. Apt for a work that features an extended, surreal dialogue riff on ‘.pdf’ file formats, The Girl and the Spider evokes the feel of alternating through dozens of open browser tabs on a web application, as our brains overheat from the details. Every interaction and camera set-up in this film feels charged with intensity, edits progressing at an offbeat rhythm and close-ups tricking us about the contents of the off-screen space. All this correlates to how Mara is processing this event, her certainties fragmenting and her past memories bubbling up like spots of time. In irregular insert shots, a spider is shown loping through the fracas, undisturbed in this hostile environment.

Unfortunately, the twin brother directors can’t quite find a meaningful denouement to the tension they’ve expertly built up, and the film runs out of ideas in its final stretch. They fall victim to sentimentality, as the plot strands congeal with little catharsis, or fail to remember just how powerful their angular, whirring style can be when left to dazzle on its own terms.

The Girl and the Spider is a Swiss production, staged by Aline Schmid and Adrian Blaser of Beauvoir Films, in co-production with Zürcher Film and Swiss Radio and Television. World sales are handled by Cercamon.

more about: The Girl and the Spider

Interview: Ramon Zürcher and Silvan Zürcher • Directors of The Girl and the Spider

“Our style, in a way, is determined by control, but there’s also this beauty in chaos”

BERLINALE 2021: We spoke to the Swiss directors about their oblique, witty psychological drama, on the eve of its premiere in the Encounters competition

For this almost post-COVID edition, the event is full of prestigious previews and offers a jam-packed Belgian programme

The selection committees for the different Swiss film-funding institutions, such as the FOC, Cinéforom, the Zurich Film Foundation and several other canton-specific bodies, took place in March

BERLINALE 2021: Radu Jude has picked up the Golden Bear, with Mr Bachmann and His Class also getting some love 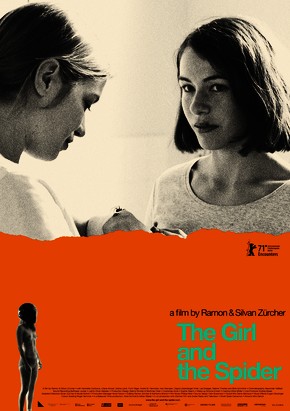 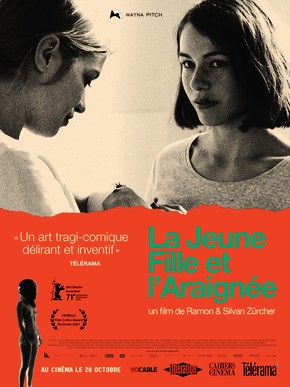 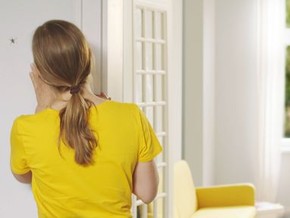 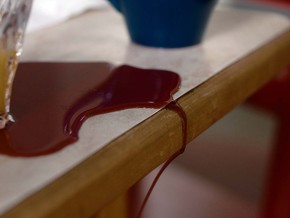 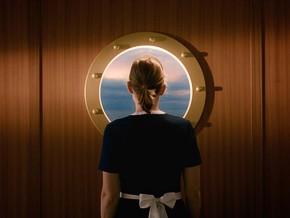 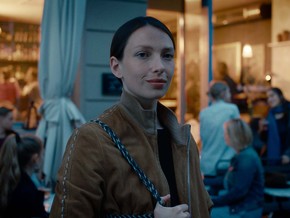 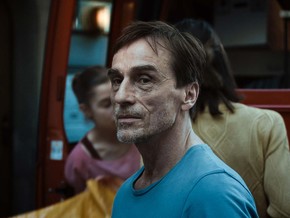 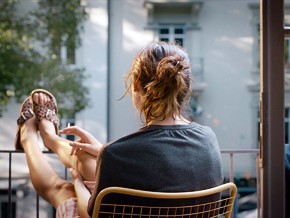 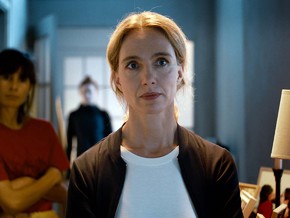 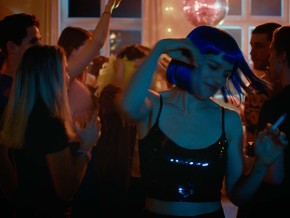