Based on its synopsis alone, one could suspect Berlinale Generation 14plus title The Fam [+see also:
trailer
interview: Fred Baillif
film profile] to be a proper but overly familiar drama from basketball player-turned-filmmaker (now that's a story I would like to hear) Fred Baillif: a group of girls, no doubt still licking their wounds, are placed in a residential care home. The social workers responsible for their well-being try their best not to cross some imagined line: to get close yet not too close, to build a connection yet one that doesn't promise what it ultimately cannot deliver. The film actually is familiar, in a way, flowing by freely with its hand-held shots and improvised dialogues, but it is also very, very engaging. And once its young protagonists start to talk, their frankness comparable only to Rosario Dawson in Kids going on about “a difference between making love, having sex and then fucking”, one would be mad not to listen.

It's mostly through such conversations that they create themselves some sort of a safe space here – with or without their carers. Such intimacy (and isolation) brings back to mind sweet, old-fashioned novels set in all-girl boarding schools, except that these kids here were never sheltered from the worst that life has to offer. So they sit and they share, saying what exactly went down at home with the people who were supposed to protect them but only hurt them instead. Deprived of a more flashy scene like that Rihanna-scored pajama party in Girlhood [+see also:
film review
trailer
interview: Céline Sciamma
interview: Céline Sciamma
film profile], they fight and they yell, popping those zits like there is no tomorrow, but they can also really listen when needed. In fact, this is the most they can give to each other, and the habit of not listening or of openly ignoring someone's pleas, committed by the adults only too willingly, is seen as nothing short of an actual crime.

Baillif provides just enough space for each of these stories to make an impression, revealed here and there as he plays with the timeline. With such a spectacular young cast, The Fam could easily be taken for a documentary, the kind Nicolas Philibert might have made, and both directors are also invested in the people who work with such kids daily – themselves fighting their own demons, one at a time. Despite their best efforts, there is no winning this battle, and exercising a professional judgement can easily break a bond. In a moment of crisis, a stern telling-off simply won't do, especially when sexuality is involved.

If “the system” always comes first, before someone's intuition or even comfort, then it is hard not to wonder what might be the point in trying to get so damn close to each other at all. Such a “family” experience — just like the “girlfriend” experience Soderbergh used to be so intrigued by — clearly has its limits. The way it is shown here, there is some wishful thinking about it, as if a real family could simply be summoned like Betelgeuse, with carefully chosen words. Then again, maybe it can. You just have to say the word three times in a row.

Directed by Fred Baillif, The Fam was produced by Véronique Vergari and Agnès Boutruche. Co-produced by Freshprod and RTS, with collaboration by Luna Films and Freestudios. Swiss distribution is handled by Aardvark Film Emporium. World sales by Latido Films.

more about: The Fam

“What I want to say is: stop closing your eyes!”

BERLINALE 2021: We met with the Swiss director about his new film, which explores the world of teenagers and social workers 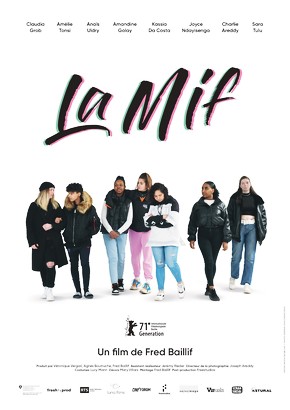 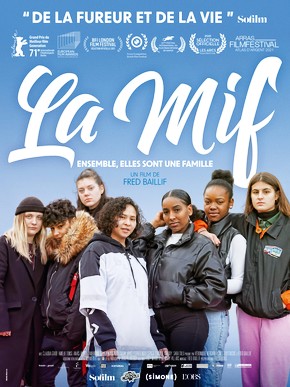