03/03/2021 - BERLINALE 2021: Turkish director Ferit Karahan's second feature is a technically accomplished but conceptually flawed and often tone-deaf drama that tackles the issues of cruelty and authority

The second feature by Turkish director Ferit Karahan, Brother's Keeper [+see also:
trailer
interview: Ferit Karahan
film profile], has just world-premiered in the Berlinale's Panorama section. Set in a boarding school for Kurdish boys in Eastern Anatolia, it explores the issues of cruelty and authority, but in a way that would make it more suited to a Generation slot – provided that the film was indeed devised in a way to target a young audience. And it definitely does not feel that way.

Our hero is 11-year-old Yusuf (Samet Yıldız), who is trying to protect his shy, insecure friend Mehmet (Nurullah Alaca), aka Memo, in the ruthless environment of the school in which everyone, including the headmaster, the teachers and the janitors, are being bullied and are bullying others. After being punished for unruliness in the shower by being forced to bathe in cold water while the temperature outside the snow-covered school is minus 35 degrees, Memo falls ill. But there is no nurse or doctor around; the school just has a sick room, where one of the older students distributes aspirin.

Memo is unresponsive, and it takes a while for Yusuf to finally get one of the teachers, Selim (Ekin Koç), to realise that the boy really needs help. But by then, the school is so snowed in that it is impossible to leave by car, and the driver of the school van is away on a mission to get cheese. Mobile-phone coverage in the remote mountain region is poor, and when the headmaster (Mahir İpek) finally gets through to the emergency services, all of the ambulances are occupied. So a blame game between the head, the teachers, the janitors and the students begins, around the stretcher in the sparsely decorated room where Memo lies, unconscious.

Karahan astutely registers and presents the culture of cruelty inherent to this society. The corrupt headmaster bullies teachers and staff, and they, in turn, bully the pupils, who bully each other. All of them were raised in families whose political and religious leaders had been proving, generation after generation, that the way to assert dominance, or even just survive, is to be stronger, more violent and more cruel than others. And atop it all stands the repression of the Kurdish minority in Turkey.

But this is hardly news to any potential viewer of this small, arthouse Turkish-Romanian co-production. Technically, it is quite impressive – it must have been extremely difficult to film dozens of young boys in an isolated location in such weather conditions, including a couple of scenes that required a huge effort to coordinate the kids and take care of the mise-en-scène, as well as properly position and move the excellent DoP Türksoy Gölebeyi's camera.

Young Yıldız, who plays Yusuf, is a remarkable presence with his large, sad eyes and well-articulated movements, but one scene where he calls his mum and has no one to play off shows the limits of non-professional acting. The sick room's slippery floor is used for some slapstick humour that can elicit a couple of chuckles, but in the context of a sick boy lying on the stretcher and potentially dying, it turns out to be quite tone-deaf.

The denouement itself and the message the film sends are disappointing and feel very naive. This would work for a young audience, but Brother's Keeper is decidedly not positioned as such a picture, and placing it in the context of Berlinale's Panorama further confuses viewers' expectations.

Brother's Keeper is a co-production between Turkey's Asteros Film and Romania's Flama Booking, and Intramovies has the international rights.

BERLINALE 2021: We talked to the Turkish director about his social drama with tragicomic elements, based on his own experience in a boarding school for boys

Filmmakers Ferit Karahan, Ivana Marinić Kragić and Vitaly Akimov are among the other winners

Brother’s Keeper scoops the Moon of Valencia at Cinema Jove

The 36th edition of the festival has come to a close with the triumph of the Turkish-Romanian film by Ferit Karahan, which has gone home with the top prize

The Spanish gathering, which unspools from 18-26 June, is presenting the Luna de València Award to the director of We Need to Talk About Kevin

BERLINALE 2021: Turkish director Ferit Karahan's second feature is a technically accomplished but conceptually flawed and often tone-deaf drama that tackles the issues of cruelty and authority 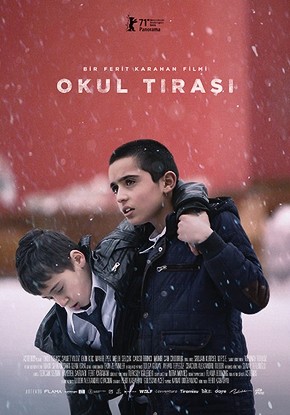 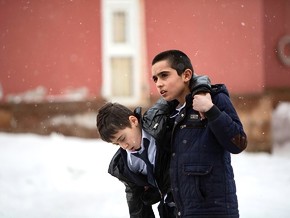 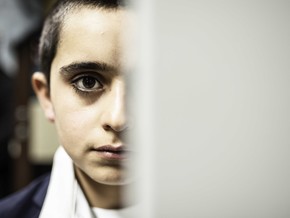