04/03/2021 - BERLINALE 2021: Fabrizio Ferraro focuses on the German Romantic philosopher and poet Friedrich Hölderlin to reflect upon the limits of cinematic representation

Alessandro Carlini in The Luminous View

The films put forth by Roman director-screenwriter-producer Fabrizio Ferraro (a graduate of film and philosophy of language) invariably conform to a style of experimentation which aspires to the coherence of a testimony whilst drawing inspiration from Straub & Huillet and Rossellini. His is a remote, unyielding and intransigent form of cinema. Ferraro’s latest work, The Luminous View [+see also:
trailer
film profile], which was screened within the Forum section of the 2021 Berlinale, takes as its starting point the complex figure of one of the greatest exponents of German Romanticism Friedrich Hölderlin, to describe a director’s inability to complete a film project about the great poet and philosopher, a character who belongs in the “unwanted” group gracing his previous films. Here, in the surrounds of Hölderlin’s city, Tubinga, and in the company of Catarina (Portuguese actress Catarina Wallenstein) who’s assistant to a producer (Freddy Paul Grunert) whom we only see in a short introduction (which then turns out to be an early epilogue), director Emmer (Alessandro Carlini) loses himself in the sacred natural surrounds of the Black Forest, fleeing the world of film.

Back in 2009, Fabrizio Ferraro depicted the factory work carried out by French philosopher Simone Weil in Je Suis Simone (La Condition Ouvriere). He then drew inspiration from Dostoevsky’s “White Nights” to direct Quattro notti di uno straniero (2013). More recently, by way of Les Unwanted de Europa [+see also:
film review
trailer
film profile], he portrayed the great German thinker Walter Benjamin’s escape to the mountains from Nazi-occupied France. The present work, The Luminous View, offers up a philosophical experience which combines discourse on spoiled nature, as previously explored in 2011’s Ethos, with a reflection upon the limits of cinematic representation (in 2006, Ferraro published a "Breviary of Amateur Audiovisual Aesthetics – Nature, Images, Ethics”). It shows Mr. Emmer (a tribute to the great art documentarian Luciano Emmer) externalising thoughts and literary quotes in a rambling stream of consciousness, reminiscent of the mental illness suffered by Hölderlin himself. In fact, in the film’s opening scenes we see Emmer lying in a hospital bed, overcome by delirium, just like Hölderlin in his final years within the infamous “tower”. Long sequences were shot using a hanging light, for which a purpose-built optical device was created “to keep the photons circulating rather than bouncing right back towards the camera” (director’s note). These sequences were then divided into chapters - whose titles are based on quotes from the “Hyperion” poet – depicting a visit to Rome’s Biopark, a motorway trip and then the wood, where Mr Emmer quarrels with young Catarina, reasoning, raving and wondering about the rupture that has taken place over the course of history between humankind and nature, and between humankind and the divine. But that’s not all. There are also mentions of Truffaut, references to Laforgue and to Hölderlin’s last poem, “The View” (Die Aussicht, 1748), which he penned under the name of Scardanelli and which was recently set to music by Finnish composer Kaija Saariaho, and there’s a long but necessary quote from the “Benjaminian” philosopher Giorgio Agamben about animal nature in relation to the world.

As summarised by Ferraro in a letter to the Spanish co-producer Lluis Miñarro (responsible for Uncle Boonmee Who Can Recall His Past Lives [+see also:
trailer
film profile] by Apichatpong Weerasethakul, which won Cannes’ Palme D’Or in 2010, as well as for various other films by Manoel De Oliveira, Naomi Kawase and Lisandro Alonso), the film depicts “a very simple (amorous) encounter between someone who has failed on account of being overwhelmed by the impossibility of controlling images with words – Mr. Emmer –  and someone who is trying to bring data to light in the magical world of all things visible, by way of organisational, constructive work – young Catarina”.

The Luminous View is produced by Passepartout together with Rai Cinema and in association with Eddie Saeta. The film is distributed in Italy by Boudu and will be screened on Saturday 6 March on RAI Tre’s “Fuori orario Cose (mai) viste” programme, ahead of cinemas re-opening.

more about: The Luminous View

BERLINALE 2021: Álvaro Gurrea’s feature debut might be an enigmatic, free-spirited and suggestive plunge into Indonesian spirituality, but it ends up being weighed down by its slow pace

The Berlinale Forum slaloms between fiction and documentary

The Berlin International Film Festival has announced the line-ups for its Forum, Forum Expanded and Shorts sections 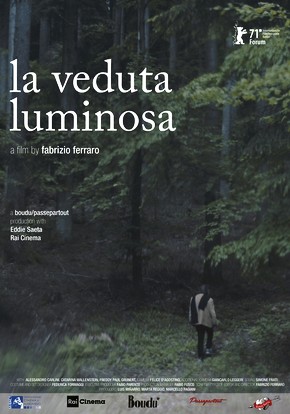 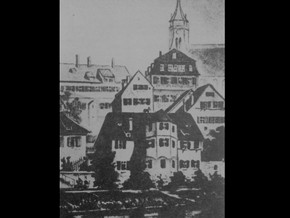 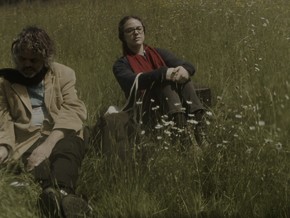