Christian Schwochow’s Berlinale Special entry Je Suis Karl [+see also:
trailer
interview: Christian Schwochow
film profile] is many things, but it certainly isn't subtle, not with its DRAMATIC reds and DRAMATIC music, and a simplified storyline that takes a topic that's terrifyingly familiar – the rise of the new young fascist movement – and adds so much gloss to it that its pretty protagonists practically sparkle.

Which, one could guess, is part of the message here – just like so many demons in bygone days, believed to take the form of a beautiful young man or a woman to lure unsuspecting mortals into the depths of their pond, right-wing extremism also knows how to seduce and, most of all, how to adapt. Schwochow shows very different faces to those gracing your usual TV coverage of, say, nationalistic marches in Europe. This time, “protecting the foundation of Europe” doesn't mean yelling invectives or throwing red-smoke bombs, at least not right away. These aspiring leaders are well-spoken and well-dressed, thrive in TED Talk-like environments, and yes, they are all rather dreamy. “Sieg Heil? That was yesterday, get over it,” says its star-in-the-making Karl to the overly enthusiastic audience member who didn't quite get the memo. To paraphrase the Mandalorians, this is not the way.

And yet the beginning of this film is still more effective than some of the silliness – and the singing, the singing! – that ensues, as a perfectly lovely family falls victim to an attack. All it takes is one package, supposedly addressed to an elderly neighbour, and the family of five is no more, leaving just Maxi (Luna Wedler) and her dad Alex (Milan Peschel) to literally pick up the pieces after the explosion. They hurt differently, unable to help each other, and both actors show it quite well. But Schwochow's proposition is not a quiet exploration of trauma; it's a dynamic, watchable and ultimately rather trashy thriller with Jannis Niewöhner's Karl giving off hot-stalker vibes like in Netflix's You, and actually kissing his own reflection in the mirror at one point. Oh well.

It's because of such overblown scenes – and there is no need to spoil anything by going into too much detail – that Alex's silent struggle is perhaps the most touching. He blames himself, but he also has to deal with something that, if proven true, would go against his very beliefs – beliefs that his late wife actively shared. Shown smuggling a refugee to Germany in their own car, it's clear that they are happy to help, happy to welcome anyone, and then tragedy strikes. Peschel is, arguably, the heart of the film: fragile, a bit forgotten and so, so lost when faced with the unthinkable, holding onto a dead bird like it's his best buddy. It’s a pity that once Karl the charmer shows up and claims all the attention, it's all about empty conversations and yet another reminder that evil and ruthlessness have different faces, some of them indeed very fetching.

Je Suis Karl was produced by Germany’s Pandora Filmproduktion, and was co-produced by the Czech Republic’s Negativ, Rundfunk Berlin-Brandenburg, ARTE, Westdeutscher Rundfunk and ARD Degeto. Its world sales are handled by The Match Factory.

“Je Suis Karl is a work of fiction, but it is based on research”

BERLINALE 2021: The German director chatted to us to break down his study of infatuation, screening in Berlinale Special

The film, based on the novel by German author Mariana Leky, stars Corinna Harfouch and Luna Wedler in the lead roles

A different name, but exactly the same philosophy, for the 24th edition of German Film Fest Madrid 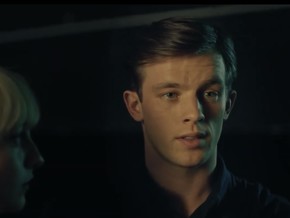 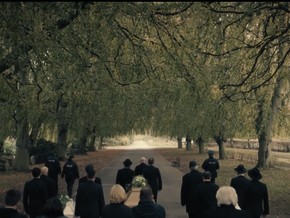