05/03/2021 - BERLINALE 2021: This amazingly warm and clever documentary by Maria Speth about a sixth-grade schoolteacher deserves all the plaudits it can get

Move over, Dangerous Minds, and your fierce Michelle Pfeiffer, as Dieter Bachmann has now entered the classroom. Maria Speth’s over 200-minute-long documentary Mr Bachmann and His Class [+see also:
trailer
film profile], which would make Lav Diaz proud, is showing in the Berlinale’s Competition and is a nice surprise – a lovely human story about a sixth-grade teacher. He wears a cool beanie and an AC/DC T-shirt, and plays guitar to boot, but his ultimate coolness lies not in his fashion sense, but in the way he approaches his job.

The lengthy duration of the film works very well here and offers a unique chance to really get to know a bunch of 13-year-olds, who either recently came to Germany’s provincial town of Stadtallendorf or have been there since they were little. They come from Turkey, Bulgaria, Russia, Morocco and other countries, and they’re atheists, Muslims, Catholics and Orthodox... They have nothing and everything in common. On the other hand, Herr Bachmann is highly unorthodox, as he is also a proxy parent to “his kids”, teaching them to respect each other, speak their minds and understand their feelings, all in an atmosphere of discipline that gives pupils a sense of security and boundaries, instead of stifling them.

Bachmann teaches them with a view to offering them a better future, but also presents them with the complex history of the region and its relations with foreigners – during World War II, they were extracted from their home countries to do forced labour, and in the 1960s, the German economy relied on the work of the so-called Gastarbeiter (“guest workers”), coming primarily from Turkey. National identity and citizenship are not things that are set in stone; they can be a choice, and very often a difficult one. Also, it is not an action; it’s a process, which Speth’s documentary conveys aptly.

Reinhold Vorschneider’s camera patiently observes the lessons but also delves into the private life of Dieter Bachmann, which is far from rosy. There is not much else to be said about the style of the film, which could be described as patient and discreet; the director doesn’t need to look for turning points or sensational discoveries, which many documentary filmmakers are often tempted to evoke or even stage artificially.

As Mr Bachmann and His Class slowly reaches its conclusion – which consists of the kids completing their primary-school education and the teacher taking his retirement – a sense of both comfort and sadness creeps in. The kids fly the nest as their teacher sits in an empty room.

Mr Bachmann and His Class was produced by Germany’s Madonnen Film, and Films Boutique holds the international rights.

more about: Mr Bachmann and His Class

The results are in for the poll of Cineuropa’s journalists. Which are the best European films of the year?

The Spanish festival, which kicks off its 59th edition on 19 November, will offer both national and international titles in its various sections, ever buzzing with energy and temerity 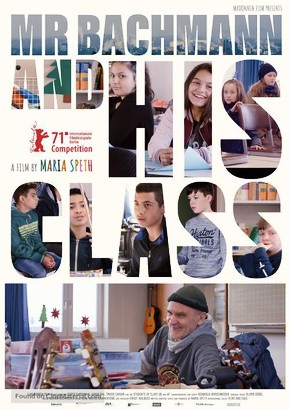 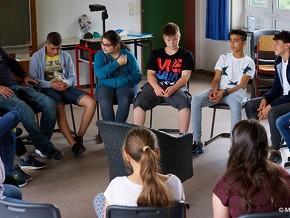