Stories about rediscovering oneself somewhere in a small town or, better still, far away, out in the wilderness, are having a moment. And whether it's Backyard Village [+see also:
trailer
film profile], this Icelandic tale courtesy of Marteinn Thórsson – selected for the Nordic Cinema Competition at the 36th Santa Barbara International Film Festival, following its domestic premiere – or Robin Wright's latest Sundance offering, Land, there is one thing they just can't do without: strangers coming together and finding refuge in each other's pain, sharing things they weren't able to share with their families or the people closest to them (now relegated to a worried voice on the other end of a phone call), usually while taking in the sights.

Or simply walking around whatever said place has to offer, and in the case of the Backyard Village, it's mostly a whole lotta winter. And yet, apart from some suspicious meals making it onto the table, the film isn't really milking its northern setting. Perhaps this is because Brynja (Laufey Elíasdóttir) is actually Icelandic, as she explains to the not-quite-convinced Brit Mark (Tim Plester), whom she meets while staying in a small guesthouse following her stint in a health clinic. For some reason, he has her pegged as a Finn instead, and why it should matter is rather unclear. Then again, all of this small talk makes one appreciate the pandemic that much more.

It would be easy to blame the streamers – and their algorithms – for such a development, but whatever the reason, this type of movie is probably here to stay: “exotic” enough to pique some interest, at least initially, but ultimately following the very same trail in the snow. There is something safe about Backyard Village, with its obligatory quirky supporting characters and emotional reveals, but a disconcerting lack of any qualities that could set this film apart is just one of the issues.

The other would be the DIY feel to it all, as just about every exchange here is awkward, sometimes even on purpose, and the acting underwhelming, while the soundtrack, oddly enough, occasionally teases a sudden swerve into horror territory that – spoiler alert! – never arrives. And as for these good old strangers, meeting at a difficult point in their lives, unable or unwilling to just leave and get on with it all, Brynja and Mark do enjoy their white purgatory for a while. They might be the only ones, though – and it's not just because of the food.

Backyard Village was produced by Iceland’s Tenderlee and the Icelandic Academy of Storytelling. 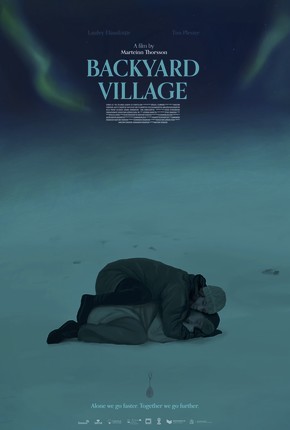 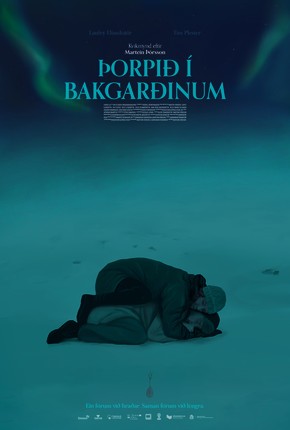 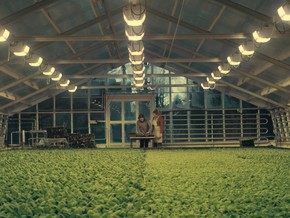 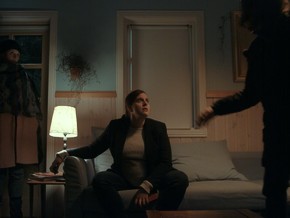 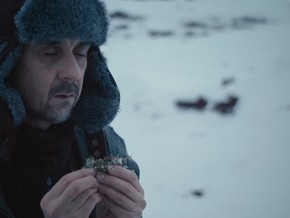 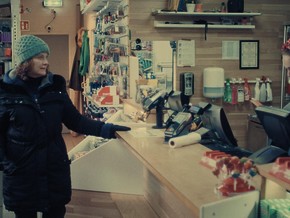 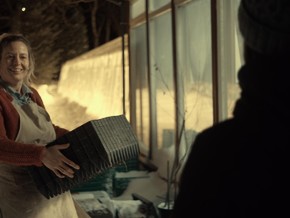 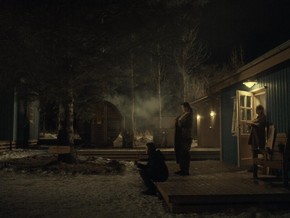