21/04/2021 - Andrea De Sica gets back to exploring the darker sides of adolescence in this romantic horror which spills into the supernatural, led by a monster-heroine who learns to take life by the throat

Mirta is a sunny and innocent girl, Robin is a mysterious and seemingly godforsaken young man. They fall head over heels for one another, swearing their eternal love, and, to ensure they really can love one another forever, he drags her into a universe of shadows, reanimated dead people and blood-based snacks. In this sense, you’d be forgiven for drawing an immediate parallel with the Twilight saga. Yet Non mi uccidere [+see also:
trailer
film profile], the second feature film by Andrea De Sica (Children of the Night [+see also:
film review
trailer
interview: Andrea De Sica
film profile]), which is based upon the 2005 dark, coming-of-age novel of the same name by Chiara Palazzolo, merely uses this romance as a starting point to home in on the young female protagonist and her journey of personal growth, her realisation of the darker side of love and her rebellion against abuses of power.

We meet these two loved-up teens, played by Alice Pagani (previously directed by De Sica in Netflix series Baby, where she steps into the shoes of an adolescent who sells her body) and Rocco Fasano (the acting revelation of Skam Italia), as they’re bombing along a tortuous mountain road in a car which Robin is driving with his eyes closed, guided only by the instructions offered up to him by an increasingly terrified Mirta who is becoming less and less enamoured with this game with every passing bend. When they arrive at an abandoned cave, we discover that in addition to being reckless, Robin is also a drug addict who doesn’t think twice about dragging straightlaced Mirta down the “wrong path”. But something goes wrong, and the two of them die, together, promising to find one another in another life.

Mirta does, in fact, emerge from a cemetery burial plot, dazed and disbelieving… but there’s no sign of Robin. Thus begins the girl/zombie’s desperate journey to seek out her beloved, during which she will discover – thanks to an encounter with someone just like her, Sara (Silvia Calderoni) – that she is now one of the “superdead”, in other words, a raft of young people who have suffered violent deaths, but who have unfinished business and subsequently return amongst the living in the form of creatures who feast on human flesh (and you can see it in their eyes when they’re hungry). If she hopes to survive, Mirta will need to learn to defend herself – something which was never really her forte when alive – and, if necessary, quite literally tear apart those who try to take advantage of her. She’s a monster-heroine who must make the transition to adulthood in utterly brutal fashion and who will have to come to terms with the fatal attraction which took her on this path, which wasn’t of her choosing.

Harsher and more dramatic than viewers would initially imagine, Non mi uccidere follows its young protagonist on her nocturnal peregrinations through dark woods, nightclubs and filthy streets, and amidst neon lights and “bad wolves”, in search of her new self and on the run from the mysterious men who are hunting her, entrusting the tale of what she was before and how she came to love Robin to a succession of flashbacks which are contrastingly sunny, bucolic and sensuous. The music is the driving force behind the atmosphere; it’s ever-present, even more so than speech (“I love the extraverbal dimension of film”, affirms De Sica, who composed the soundtrack alongside Andrea Farri before even shooting the film), and it lends the ensemble a captivating “pop” feel. The movie is arguably short on emotions, but it adds an interesting dimension to the dark romance, teen drama genre: namely female recovery from a toxic form of love.

Andrea De Sica gets back to exploring the darker sides of adolescence in this romantic horror which spills into the supernatural, led by a monster-heroine who learns to take life by the throat

The new film from the director of Children of the Night is a teen drama with touches of horror shot in Alto Adige, produced by Warner Bros. Entertainment Italia and Vivo Film 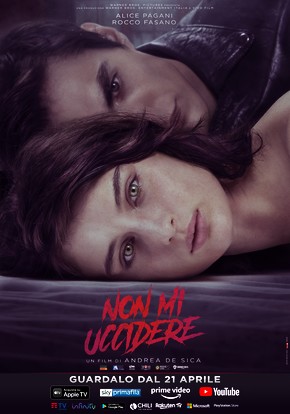 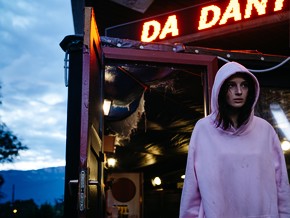