Gorki Glaser-Müller’s sophomore feature Children of the Enemy [+see also:
trailer
film profile] follows a fifty-something Chilean-Swedish musician, Patricio Galvez, whose daughter Amanda at some stage embraced Muslim radicalism, together with her mother. Amanda ended up marrying one of Sweden’s most notorious ISIS terrorists, Michael Skråmo, and fleeing her country to join the caliphate in Syria in 2014. Five years later, Amanda and Michael are killed and their seven young children are interned in the al-Hol prison camp. They are infamously called “Children of the Enemy.” Even though these children are supposed to hold a Swedish passport, the authorities seem reluctant to allow their entry and find a solution to the ongoing diplomatic case. Galvez’s first attempts to bring them back through diplomatic channels fail, so he decides to embark on a high-risk journey to rescue his grandchildren, accompanied by Glaser-Müller, one of his closest friends.

The documentary, which is having its world premiere at this year’s CPH:DOX and competing for the Dox:Award, is an incredibly touching piece which effectively transposes on screen the man’s emotional turmoil and his unflinching determination in saving these kids. The film takes place over a month and a half, briefly following Galvez in Sweden and then boarding on a plane to start his rescue mission between the Syrian and the Iraqi border.

Galvez is a brave man, with the looks of a pleasant, peaceful rockstar from the 70s – a caring giant devoured by his sense of guilt owing to his daughter’s troubled past, but nonetheless strong and energetic enough to gather all of his forces and ready to accomplish his mission. The path is tortuous and full of obstacles, such as bureaucratic hell, media pressure, the cruel unwritten rules of the Middle East’s war-torn areas and, later, one more challenge – the sudden comeback of his ex-wife. Towards the end of the film, he reads out a short, splendid poem he dedicates to his daughter. His verses capture the essence of this film, as simple as it may sound; an ode to family, love and, above all, understanding.

The technical part adopts an obvious – and, most probably, imposed by the circumstances – “no frill” aesthetics. The hand-held camera follows Galvez close enough, without being too invasive and delivering great candour in the sequences showing the children interacting with their grandfather. Lisa Nordström’s instrumental score tunes in beautifully, and the fast-paced, breathtaking narration is also enhanced by skilful editing, courtesy of Åsa Mossberg, Kasper Leick, Søren B. Ebbe and Erika Gonzales.

Gorki Glaser-Müller’s film is a concrete demonstration of how a powerful subject and a moving theme are all documentarians need to produce a highly compelling – and socially useful – piece of non-fiction cinema. Through the specific case of this “Grandpa Courage”, the feature sheds light on this ongoing humanitarian tragedy. Today, there are still thousands of innocent orphans from Sweden and other countries in Syrian camps, all waiting for their governments to act.

Children of the Enemy was produced by Sweden’s Cinenic Film and co-produced by SVT, Film i Väst, Toolbox Film, GGM Film and One Night Picture, in association with Ventureland, DR, NRK and YLE. The documentary is being sold internationally by Tel Aviv-based outfit Cinephil.

more about: Children of the Enemy

This year’s gathering will be opened by Ben Lawrence’s Ithaka, which revolves around the family of WikiLeaks founder Julian Assange and the personal consequences of his fight for the truth

Children of the Enemy triumphs at the fifth AJB DOC

Other titles that won awards at the Bosnian documentary gathering include All That Remains to Be Seen, A Parked Life and This Stolen Country of Mine 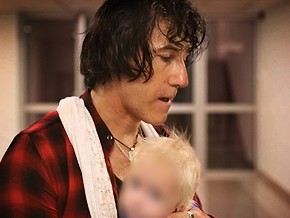