Ah, Magaluf... Is there a soul on this planet who has not fretted over the victims of “balconing,” the lunatic sport beloved of tanked-up holidaymakers that consists of leaping from one hotel balcony to another, or from an upper-storey window to the pool? How can a community put up with all that youthful rampaging that brings low-cost tourists flocking from across Europe, psyched for a euphoric party on the Mediterranean? If you’ve ever asked yourself these questions, then Magaluf Ghost Town [+see also:
trailer
interview: Miguel Ángel Blanca
film profile], the latest film from Miguel Ángel Blanca (filmmaker by day, singer with indie band Manos de Topo by night) might hold the answers you seek — and it’s one wild ride. A deft blend of fiction and documentary, the film had its international premiere (online) on Thursday 29 April, competing in the International Spectrum section of Canada’s Hot Docs festival, now in its 28th edition.

Fear, loathing and hangovers in Magaluf might have been an alternative title for this daring, provocative and hybrid film, patently influenced by its writer and director’s fascination with the work of Ulrich Seidl, David Lynch and... Paco León. Yes, you read that right. From Austrian director Seidl, mastermind of such unwholesome gems as the Paradise trilogy and In the Basement [+see also:
film review
trailer
film profile], Blanca has picked up a taste for the morbidly gratifying, presenting viewers to shocking scenes we know to be all kinds of wrong. Yet, somehow, we can’t stop watching, leaving us with an uncomfortable awareness of our own emotional depravity. From the creator of Twin Peaks, he has learned to recreate that eerie, suffocating and disturbing quality, an atmospheric darkness infused with a dreamlike and utterly deranged surrealism that makes Lynch such a genius in the eyes of his millions of fans. And, from León, an actor who broke into directing with Carmina or Blow Up [+see also:
trailer
film profile], he has acquired a passion for homespun traditionalism, that uniquely Spanish flavour that his royal highness, Pedro Almodóvar, also stirred in to the more comic scenes of some of his finest work, including What Have I Done to Deserve This?, The Flower of My Secret and Volver [+see also:
film review
trailer
interview: Agustín Almodóvar
interview: Carmen Maura
interview: Pedro Almodóvar
interview: Pénélope Cruz
film profile].

Thus, Magaluf Ghost Town hands us a guilty pleasure, a cinematic ensaimada in which each layer offers a different texture. At times, Blanca tears us away from the ruckus to check in with the resort’s handful of year-round residents, for whom low-cost tourism is both a vital source of income and a monumental headache, creating a dichotomous relationship between locals and visitors convinced they’ve landed in a hedonistic paradise. This aspect of the film is grounded in reality: Blanca makes use of news footage, mobile phone videos and other technological devices to construct a fictional account as fantastical as it is entertaining. The lady from Andalusia and her African lodger are especially good value. Certainly, these scenes are the most relaxing to watch in the entire film, a project that had no difficulty finding partners and collaborators at various industry events at festivals including Abycine, Thessaloniki and Gijón.

Magaluf Ghost Town is a French/Spanish coproduction by Boogaloo Films, Little Big Story and Mosaic Producciones. UK agency Taskovski Films is managing international sales, while the film will be distributed in Spain by Begin Again Films.

This Franco–Spanish production, directed by Miguel Ángel Blanca, explores the impact of tourism on the Majorcan beach resort 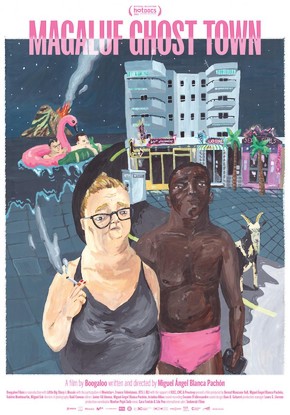 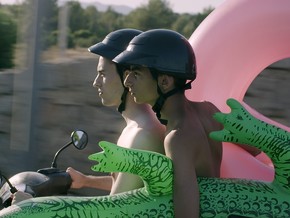 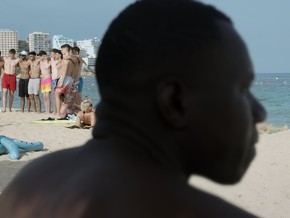 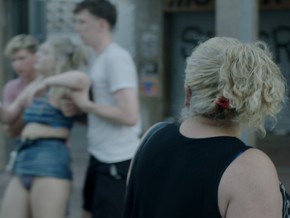 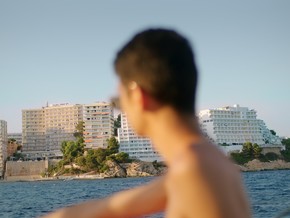