Guatemalan-born, Russian-based director Renato Borrayo Serrano's first feature-length documentary, Life of Ivanna, which has world-premiered in Hot Docs' World Showcase section, is a film about a tough woman living amidst harsh conditions. Set in the brutally inhospitable north of Siberia, among the Nenets people, it tells its story in an uncompromising way, resulting in a difficult and often troubling viewing experience.

Ivanna lives with her five small children in a cabin sitting on skis, in what could be described as the Siberian tundra's version of a trailer park. A member of the ethnic Nenets people, she depends on reindeer for shelter, food, clothing and transportation. While snowstorms rage outside, the family cooks, eats, sleeps and plays in the one, tiny room.

Owing to Serrano's initially uncompromising observational approach, the viewer becomes deeply immersed in this rarely seen, chaotic, distant environment before they come to know how Ivanna ended up single-handedly raising five children at the age of only 26. This is executed via an interview and some VHS footage, where we learn that her family took in her future husband, Gena, after his parents drowned. The two started living together when she was 14, and after getting pregnant at 16, she left the Russian boarding school she was enrolled in.

But we do not get to meet Gena until more than half of the film's running time has elapsed. He has effectively left the family in an unsuccessful attempt to get a job with Gazprom in Tukhard, 200 km away from the tundra. Ivanna prepares the cabin and the kids, readies the reindeer, and after a journey that the viewer perceives as a blur of snow in the dark of the night, they arrive at a house that Gena is sharing with several other men who spend their time drinking and fighting. It soon transpires that the man was saving quite a bit of his violent energy for his wife, in the form of a mix of inarticulate lust and aggression. But Ivanna, who has already proven her toughness and strong mental attitude, quickly dispels any notion that she is a helpless victim of domestic abuse.

Even before the vodka-fuelled, nightmarish second act in Tukhard, Serrano's documentary pulls no punches. A scene in the tundra sees Ivanna and the kids eating the flesh of a disembowelled reindeer, before the rest of it is thrown to the dogs. The intensely red blood on the white snow would make for a shocking image in itself, even if the kids weren’t drinking blood from cups or munching on liver.

One interesting question is: how was this documentary filmed? Ivanna's cabin looks too small to even fit the whole family in, let alone the person who would operate the camera as well. At one point in the very first sequence, an extended, fixed shot of Ivanna cleaning the dishes in the cabin, she turns around to face the camera and laughs, as if she had just remembered that it was there in the first place. Serrano and co-writer Daria Sidorova are credited as cinematographers, and it is plausible that the latter could be the one who established a close relationship with the protagonist and earned her trust.

Even though the documentary has an inevitable ethnographic aspect, at its core, it is a character study and a portrait of a person who is both common and extraordinary. In its social dimension, it defies stereotypes and expectations. Not that Ivanna ever thinks in terms of women's rights, though: she has more pressing issues to deal with and won't take any nonsense from anyone, let alone her good-for-nothing husband.

more about: Life of Ivanna

The selection includes 31 world premieres among a total of 116 documentaries at the hybrid 23rd edition, which will run from 1-10 July

We profile the projects that took part in the 2020 edition of dok.incubator, an international rough-cut training initiative for documentary filmmakers

KARLOVY VARY 2018: A raft of intriguing documentary projects at the post-production stage were presented in this year’s edition of Docs in Progress at Karlovy Vary 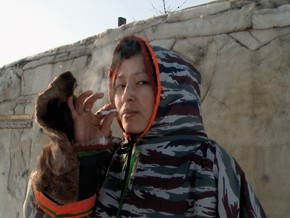 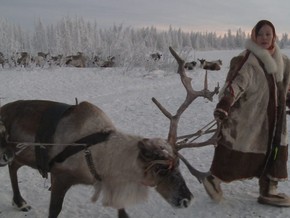