Awarded the Special Jury Prize for Best International Feature Documentary at Hot Docs 2021 (see the news), Mohamed El Aboudi’s School of Hope is actually a relatively easy watch. There is some humour here and some smiles, too, even though it shows Morocco’s Oulad Boukais tribe, suffering from the drought that has been going on for what already feels like forever. It’s true – their world, one of the silent victims of climate change, couldn’t possibly get any drier. Surrounded by cracked ground and not much else, really, with the most heated arguments revolving around water, it’s like Mad Max: Fury Road all over again, with its “Do not become addicted to water; it will take hold of you and you will resent its absence” line suddenly sounding like the personal motto no one wanted to have.

Predictably, they are among the last nomads left standing right now, and while some cling to the old ways, their children would rather opt for a different future – one that includes a steady job, preferably. Which is where the titular clay building comes in, led by a new teacher, Mohamed. Given little more than these four walls to work with, as even the desks are all broken, he is not one to give up. He is determined to fight for his 11 students, although his workplace gives a whole new meaning to “the middle of nowhere”, leading to long moments of silence. After all, there is no one to talk to anywhere nearby anyway.

If there is a familiarity to School of Hope, a nice if hardly revolutionary effort, it’s mostly because of that “inspirational teacher” trope. But there is no “O Captain, My Captain” moment, à la Dead Poets Society, and not just because of those wobbly desks. Any victories he can claim are small, if important, and the problems, unfortunately, are of the usual sort: exemplified by the struggling families who would still rather have their kid tend to the sheep than go to school, or worried that their 13-year-old girl is too old to be educated, now that her whole “body is changing”. Despite a mum occasionally stepping in, advising a family member to go and “throw himself against the fence” if he doesn’t agree to give her daughter a chance, things stay the same, even though there is no going back to what was. No wonder that when asked about the meaning of hope, these kids just stare blankly at their teacher.

El Aboudi knows how to talk to them, though, and they do open up, which is the most affecting part of his film. Clearly, they prefer walking (or cycling) these 12 kilometres, no matter the lack of toilets, to their domestic chores. They are still childish, playful even, and yet already resigned to their fate in a way, pointing out what the whole community seems to be thinking: “Everyone here suffers. What for?” Showing just how to really resent the absence of water.

School of Hope was produced by Finland’s Illume Ltd, and was co-produced by France’s Bellota Films, US outfit Vulcan Productions and Morocco’s La Prod.

more about: School of Hope

The Sudan-Qatar production triumphs at the Finnish short film festival, while Israeli film Mission: Hebron is put forward as a candidate for the European Film Awards 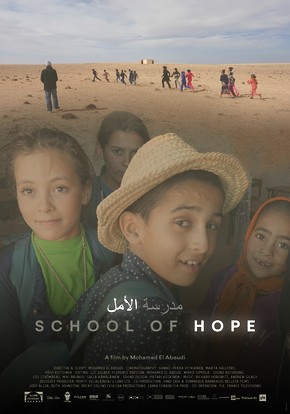 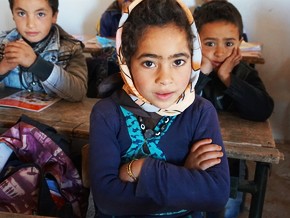 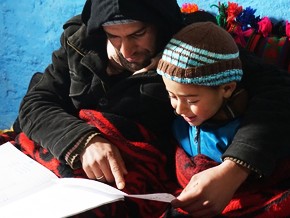 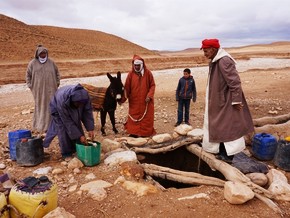