Review: Towards the Battle

26/05/2021 - Aurélien Vernhes-Lermusiaux delivers a promising first feature film: an atmospheric western about a photographer who loses his way during a French colonial expedition to Mexico in the 19th century

Leynar Gómez and Malik Zidi in Towards the Battle

"Hail-filled days have been followed by colder, grey days, and then by rain. But I haven’t given up. Yet the essential element is missing: finding the war, which has eluded me ever since my arrival." When an artist ventures ever deeper into unknown territory, moving ever closer towards fiercely contended and death-haunted frontiers, initiatory trials are par for the course, until such time as the adventurer is confronted with his or her own self, stripped of all pretence. Such is the archetypal, novelesque trajectory revisited in singular style by Aurélien Vernhes-Lermusiaux in his debut feature film Towards the Battle [+see also:
trailer
film profile], which is released in French cinemas today, 26 May, courtesy of Rezo Films.

Setting himself apart from other young creators in France, the director thrusts the viewer into the wilds of nature in 1860s Mexico and brings a practically forgotten episode from colonial times back up to the surface by following in the footsteps of a hero/antihero photographer who lugs his very cumbersome equipment around with him in an atmosphere closer to Aguirre, The Wrath of God by Werner Herzog or Zama [+see also:
film review
trailer
interview: Lucrecia Martel
film profile] by Lucrecia Martel than to the standards of American westerns.

Who here remembers that Napoleon III launched a military expedition to Mexico where close to 40,000 soldiers were called to the banner of the tricolour flag in order to establish a local regime which would be favourable to French interests? Troops who, ultimately, prove elusive for Parisian photographer Louis Deville (Malik Zidi) who has received authorisation from General Trochu (Thomas Chabrol) to cover the war as a reporter, but whom we come across wandering around on his own in the film’s opening scenes, as he has been for three weeks, unable to find the 2nd Monterrey regiment in the field.

"War moves fast, you have to adapt", "troops move around": hunger and fatigue weigh ever more heavily on the photographer "in immense landscapes where you end up losing track of North, South, East and West. Everything looks the same, yet nothing is identical." It’s an incredibly harsh journey which will test him physically as well as mentally; a ‘way of the cross’, of sorts, which leads to an awakening (for Louis’ artistic ambitions conceal a raft of painful memories) and which causes him to cross paths with an unexpected alter-ego in the form of farmer Pinto (Costa Rica’s Leynar Gómez).

Passes, desertion, the distant rumble of artillery, the jungle, fog, macabre discoveries and fires, infections and failures, unlikely friendships and teachings on the basics of the art of photography… Aurélien Vernhes-Lermusiaux strews the path of his film with tiny narrative pebbles, but his primary focus is a highly atmospheric (verging on oneiric), sensorial and organic approach, which allows the forces of nature (of life and of death) to play the lead role, all captured by director of photography David Chambille and wonderfully complemented by music offered up by Stuart A. Staples. It’s an immersion which might have benefitted from even fewer psychological explanations (though who would have funded it?), but it nonetheless reveals to the world an original director whom we hope will be given the resources he needs to thrive and to harness his clear creative potential in the near future.

Towards the Battle is produced by Noodles Production in co-production with Colombian firm Imaginaria Cine, and is sold worldwide by Be for Films.

more about: Towards the Battle

Review: Towards the Battle

Aurélien Vernhes-Lermusiaux delivers a promising first feature film: an atmospheric western about a photographer who loses his way during a French colonial expedition to Mexico in the 19th century

The Flying Circus triumphs at War on Screen

The feature film from Kosovo-born filmmaker Fatos Berisha win the Grand Prix at the 8th edition of the festival. Persian Lessons wins the Audience Award and a Special Mention 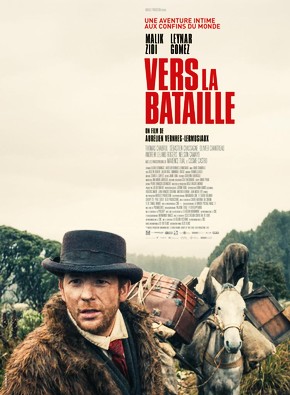 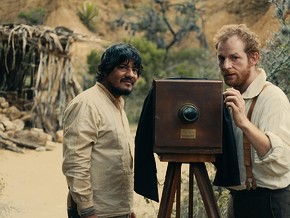 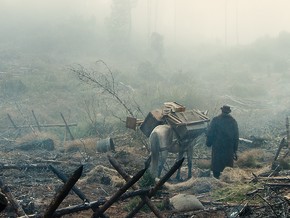 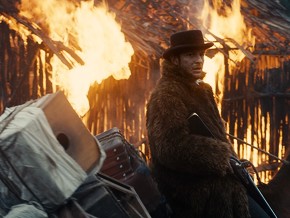 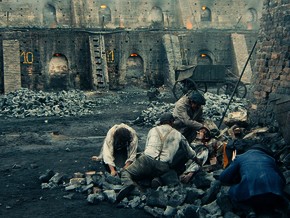