Dedicated to the titular British composer, writer and “maker of things”, Enrique Sánchez Lansch’s A Symphony of Noise – Matthew Herbert’s Revolution [+see also:
trailer
film profile] (shown at DOK.fest Munich following its premiere at CPH:DOX) could easily have turned into an unwatchable experience. After all, it shows a man who listens for a living. Instead, it’s a pleasure, although one that’s more suited to the small screen, perhaps: a small-scale yet humorous portrait of someone who just keeps reaching further, almost to the point of obsession, literally finding music everywhere he goes. And when we say “everywhere”, we mean it.

Even in a tiny fish-and-chips joint, to the visible delight of the owner and the horror of brass-instrument lovers everywhere – proving that, yes, everything can be deep-fried if you try hard enough. Herbert – who also scored the likes of Sebastián Lelio’s A Fantastic Woman [+see also:
film review
trailer
film profile] and Gloria Bell – likes to sample real-life sounds in his work. “Instead of writing music about something, you can write music with something,” he says, later adding political undertones to his findings. It’s a peculiar process, and to his credit, he immediately addresses the “weird stuff he does, made out of bombs”. Such self-deprecating humour certainly helps, in the film and during his live gigs, establishing right away that he is not here to lecture. He is here to show that even a serious dental issue can be explored creatively, even though the act of pulling a tooth sounds even worse than it feels. Especially when played on repeat.

Some say that listening to an artist talk about what’s behind their creation takes away all the magic, but not in this case. Enrique Sánchez Lansch has been accompanying Herbert for ten years, apparently, so the small talk is already out of the way. He can thus focus on the composer’s will to experiment, almost childlike, even though the melancholy is all grown up.

Arguing that dance music doesn’t have to be stupid, Herbert is the kind of man who will go to great lengths just to find out what it would be like to listen to music inside a coffin. Still, he doesn’t just think about his own work, and – at least that’s what the film seems to suggest – this might be one of the reasons why he makes for such good company. He worries about the whole world, starting a Brexit Big Band to celebrate European collaboration, wondering whether he should be making music “out of a zoo on fire” or deciding to register one pig’s entire existence “from birth to plate and beyond”, as is explained on his website. “If it makes a noise, it’s alive,” he says, his curiosity highly contagious. And then he decides to preserve it and capture its aural story before it’s long gone. Or before it makes its way onto somebody’s plate.

more about: A Symphony of Noise 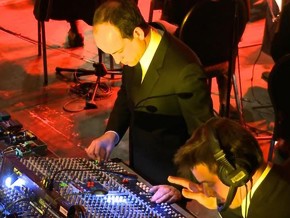 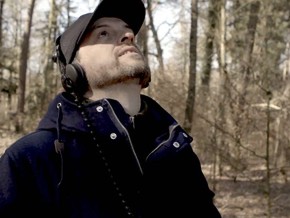 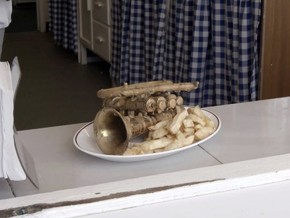