27/05/2021 - Barak Heymann invites viewers to familiarise themselves with the charming, magnetic personality of the Israeli genius, as he inspects the upkeep of some of his original works

DocsBarcelona 2021 will be brought to a close this weekend on a supremely high note: with the film High Maintenance – The Life and Work of Dani Karavan [+see also:
trailer
film profile], a production between Israel and Poland directed by Barak Heymann, who will come to Barcelona in person to present it. At the same time, from Friday 28 to Sunday 30 May, the movie will also be viewable on the Filmin platform, which is one of the event’s partners. In addition, this title is the festival’s Documentary of the Month for June and will be watchable online and, as physical screenings, in León, A Coruña and Vilanova i la Geltrú. And we can assure you that it’s worth the watch, because during its highly enjoyable and compact 66-minute running time, you will get to know the titular artist, with his unique personality, teetering halfway between genius and childishness – although we use the latter term in the best sense of the word.

Because as one of his friends, filmmaker Wim Wenders, explains, Karavan – despite verging on 90 years old – keeps a restless and vivacious child alive inside of him, capable of gushing about wild flowers or a tree with particularly rough bark, but also kicking up a stink, tantrum-like, when things don’t go as planned. His daughters and wife serve as his companions during various moments of intimacy in the life of this constructor of spaces who, followed by Heymann’s camera, goes around examining some of his creations in several different countries, confirming – in some cases absolutely horrified – that their preservation and maintenance are not being carried out correctly, as he genuinely considers his monuments to be like his own offspring, which have not been given the respect they deserve.

Just as the documentary on Jaume Plensa, entitled Can You Hear Me? [+see also:
film review
trailer
film profile] – and screened at this same festival one year ago – went around taking in his sculptures, this movie uses a similar structure, adding a profound political aspect to the mix: this is shown, for example, by the protagonist’s involvement in protests, his criticising the national government and the uncertainty hovering over a project he is planning to proceed with in Poland. And it has a couple of other aces up its sleeve as well: Karavan’s deep love of nature and the surroundings of the places where he chooses to locate his monumental works of art (enclaves that he staunchly defends), plus his visits to hospital, where they diagnose his memory loss but also reinforce his egocentric personality (this is a place where he is listened to intently and very well looked after, just the way he likes it).

Finally, it’s worth pointing out that High Maintenance – The Life and Work of Dani Karavan is a pretty entertaining, fun documentary: a sense of humour courses through its scenes, not only because of the words that the protagonist spews at his family members, but also to the very director of the film, whose shortcomings he gleefully points out, thus turning this movie into a delight both for those who were already familiar with the incomparable, impetuous and forever dissatisfied artist, and for those who have never heard of him. It makes no difference which group the viewer belongs to because they will fall head over heels in love – with the man as well as his ideas… And his magnificent legacy.

High Maintenance – The Life and Work of Dani Karavan is a production by Heymann Brothers Films (Israel) and Vision House (Poland).

more about: High Maintenance – The Life and Work of Dani Karavan

Midnight Traveler wins at the 6th Beyond Borders Festival

Gunda shows what it’s made of at the 24th DocsBarcelona 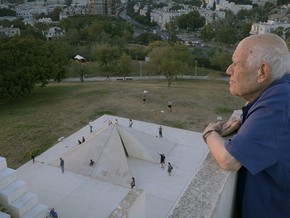 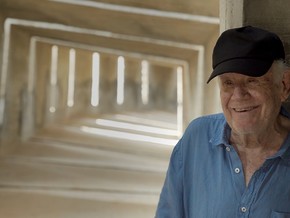 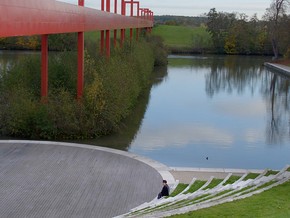