10/06/2021 - Adrián Silvestre accompanies six transsexuals on a journey into rural Spain, where their different personalities, desires and conflicts gradually come to light while they live side by side

In 1983, Antonio Giménez-Rico, normally a more mainstream director, took film buffs by surprise with a documentary that was a far cry from his filmography thus far: it was called Dressed in Blue and brought together six transsexuals in the Palacio de Cristal (lit. “Glass Palace”) in Madrid’s El Retiro park, where they discussed their lives, some of which were horrific and sordid, because at that time in Spain, many had to resign themselves to working as prostitutes in order to make a living. That film flung open a window to an unknown universe that didn’t yet even have an appropriate terminology assigned to it, as even in the mass media, they would be confused with drag queens or transvestites. Almost 40 years later, Valencian-born Adrián Silvestre has also gathered six transsexual women in his second feature, Sediments [+see also:
trailer
interview: Adrián Silvestre
film profile], but fortunately, society has moved on towards accepting the group, even though there is still a long way to go until we achieve complete normalisation (in short, the transsexual law has still not been passed in Spain). The film is being world-premiered in the official documentary section of the 24th Málaga Film Festival. A few days later, it will get an airing at the 23rd Thessaloniki Documentary Film Festival (in the Newcomers Competition) and at the Fire!! Barcelona International Gay and Lesbian Film Festival (both events will be covered right here on Cineuropa).

For that reason, and because times have changed, the tone of Sediments is quite a departure from the sometimes dark one in Dressed in Blue, even though in both cases, we can draw on the concepts of truthfulness and necessity to accompany this review. Silvestre mingled with the women, managing to get them to bare all both physically and emotionally in front of his camera, which never bothers them or encroaches upon their personal space, and is merely taken as one more member of this convoy of women who travel all the way to a town in León where one of them grew up. The level of intimacy grows to such an extent that the viewer ends up feeling like another friend within the group.

Once there, Yolanda Terol, Lena Brasas, Tina Recio, Saya Solana, Cristina Millán and Alicia Benito encounter a warm, welcoming place, where they get a “normal” reception from the locals. They will go on outings (the one to a quarry explains the documentary’s title) while simultaneously unpicking – in different dialogue-driven scenes – the things that concern them, their experiences so far and their hopes for the future. With a certain cheekiness and touches of humour, and without them ever being victimised, Sediments portrays the daily lives of six people (whose personalities sometimes even clash quite violently) who are only trying to be themselves, with no strings attached, free from clichés.

In this way, the film establishes itself as a magnificent vehicle for delving deeper into the reality of people who have been bravely going against the grain to lead the lives they want to lead, fighting against mindsets and social prejudice: they belong to three different generations and to different social classes, and while their past may not always have been easy, they are united by a sense of camaraderie which is able to prevail over any conflict that may bubble up to the surface during these days spent living side by side. This is what Silvestre – with immense affection, respect and spontaneity – shows in Sediments: without a doubt one of the season’s most interesting non-fiction films.

Sediments is a production by Adrián Silvestre Films and Testamento. Its international sales are managed by the USA’s The Film Collaborative.

“There are so many clichés in films on transsexual topics”

Interview: Adrián Silvestre • Director of My Emptiness and I

“People today are treated like commodities on the market”

Following his second feature, Sediments, the Spanish filmmaker continues to explore the conflicts of trans identity in his new film

Six LGBTI projects to be presented at the second Fire!! Lab

The event, which unspools as part of the Fire!! Film Festival, is being held in Barcelona from 13-15 June, and boasts tutors such as filmmakers Adrián Silvestre, David Matamoros and Ángeles Hernández

The 40th anniversary of the discovery of the virus behind AIDS and the fight against LGBTI-phobia are being broached by the Basque gathering, which is screening a glut of European titles

The corporate satire by Fernando León de Aranoa has picked up the Awards for Best Comedy, Best Actor (for Javier Bardem) and Best Screenplay at the 9th edition of the prizes

Adrián Silvestre returns to fiction by portraying the misadventures of Raphäelle Perez, a French trans girl who has spent years searching for her identity and a well-rounded life… But haven’t we all? 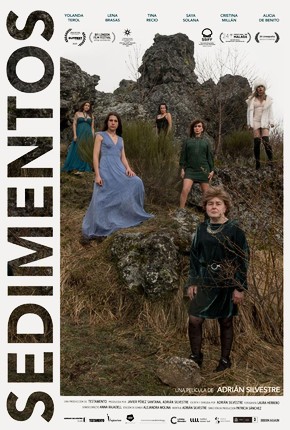 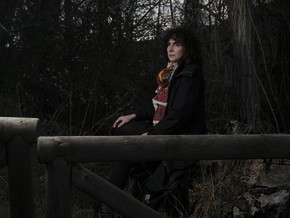 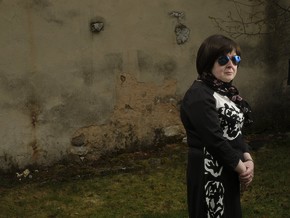 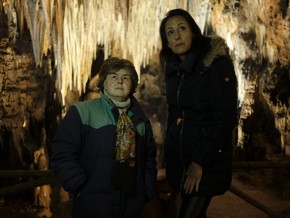 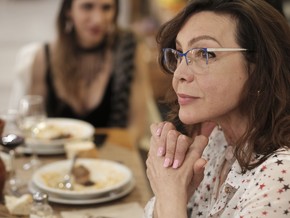